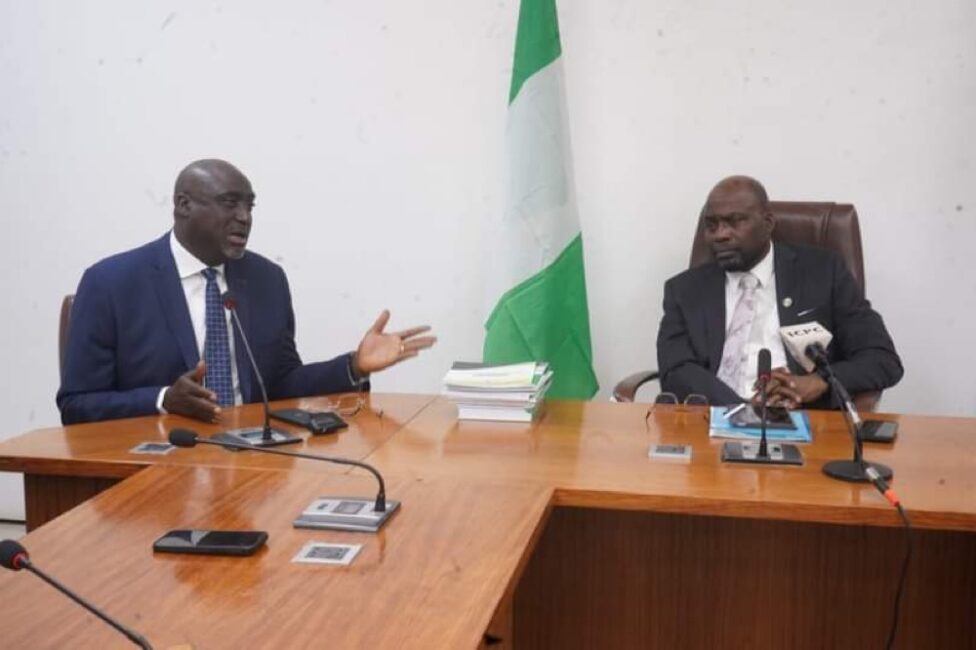 Chairman of the Independent Corrupt Practices and Other Related Offences, Professor Bolaji Owasanoye, has decried the alarming unprofessionalism among legal practitioners in the country.

He spoke when the new National Executive Committee of the Nigerian Bar Association (NBA) paid him a courtesy visit on Tuesday at the ICPC headquarters in Abuja.

He said: “Many who claimed to be lawyers are not living up to the name and they embarrass all of us. Many of them undermine the integrity of the profession by betraying the very essence of our training. How do you explain why a lawyer would put forward or try to defend an illegal contract. We have seen an agreement prepared by a lawyer for people to engage in illegal transaction. While the agreement was violated, a lawyer who we believe should know better wrote to ICPC to intervene. We all know it is wrong for someone to pay to get a job in public service and here we are seeing a lawyer drafting an agreement for the parties involved.”

He warned that Nigeria was at risk of being grey-listed by the Financial Action Task Force (FATF).

In his words: “You may be aware that there is a mutual evaluation on the country by the Financial Action Task Force and Nigeria is currently at the risk of being grey-listed. One of the reasons for that is because the legal profession has been seen to be resistant to the anti-money laundering and financing autonomy requirements. This may lead to the grey-listing of Nigeria by FATF in February next year. The implication of the grey-listing is that Nigeria’s economy is running on loans and when you are grey-listed, you will have to borrow at a premium. If your neighbour borrows at four (4) percent, you will have to borrow at twelve (12) to fifteen (15) percent.”

Owasanoye added that there is the need to educate members of the NBA on the implications of their actions on the economy.

He therefore urged the national executive committee of the association to push forward policies that would advance the course of the justice sector reform.

Meanwhile, prior to the ICPC Chairman’s speech, the National President of the NBA, Mr. Yakubu Chonoko Maikyau, SAN, expressed concern about the perception of the legal profession in the country.

He said the profession was not as corrupt as the press would want to make the public believe.

He explained that the NBA under his leadership will support ICPC in the fight against corruption.

Maikyau also suggested that cases of infractions by lawyers that have been noted by the ICPC be forwarded to the NBA’s secretariat for necessary disciplinary actions by the body.

What Nigerians Are Saying About Redesigned Naira Notes