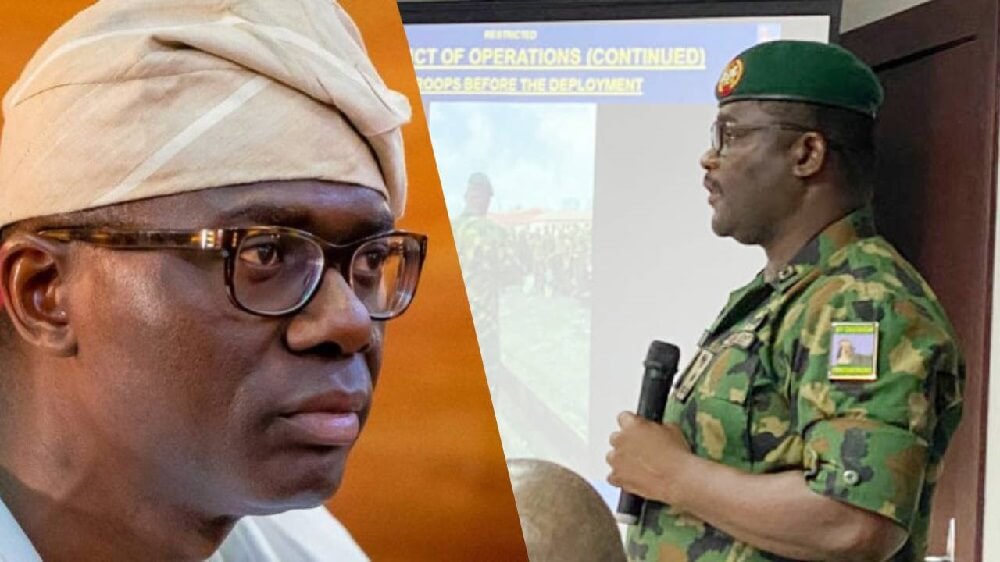 The Lagos judicial panel of inquiry on #EndSARS has indicted the Nigerian Army and the Lagos State Government for attempting to coverup evidence in the shooting of unarmed protesters at Lekki Toll Gate on October 20, 2020.

The panel has submitted its report on the Lekki shooting incident and cases of police brutality which it started investigating in October, 2020.

The retired Justice Doris Okuwobi-led panel documented its findings in a 309-page document submitted to the state government on Monday.

The panel submitted that Nigerian soldiers “actually shot blank and live bullets directly and pointedly into the midst of the protesters at the Lekki Toll Gate, with the deliberate intention to assault, maim and kill” them.

The panel found that allegations that the Nigerian Army “removed as many bodies and corpses of the fallen protesters” from the scene of the shooting were true.

Part of the panel’s findings showed that Nigerian soldiers and police officers “picked bullet shells on the night of October 20 and policemen followed up in the morning of October 21 to pick bullet shells” in order to coverup evidence that live bullets were fired at the location.

According to the report, “Several unidentified bodies were removed by security agencies and LASEHMU (Lagos State Environmental Health Monitoring Unit) and deposited at various hospital mortuaries in Lagos State.

“Three (3) trucks with brushes underneath were brought to the Lekki Toll Gate in the morning of October 21st October, 2020 to clean up the scene of bloodstains and other evidence.

“There was abundant evidence before the Panel that the Lagos State Waste Management Authority (LAWMA) indicated in its Twitter handle that it had effectively cleaned up the Lekki Toll Gate scene immediately after the incident of October 20, 2020.”

It was also established that the soldiers who were led by Lt. Colonel S.O Bello “turned back ambulances that were invited to render first aid and assistance to the wounded protesters” adding that the “denial of ambulances by the soldiers, which could have assisted in the prompt and effective treatment of injured protesters, was cruel and inhuman and it contributed immensely to the large number of deaths and casualties on the part of the protesters, especially those from the Lekki Toll Gate.”

The report confirmed at least 11 deaths, 21 victims of gunshot wounds, four cases of ‘missing presumed dead’ persons, amongst others during its investigation.

It further found “that most of the 96 corpses for which autopsies were conducted by Professor Obafunwa remain unidentified but they were labelled with EndSARS, apparently lending credence to the case of the EndSARS protesters that the shootings by security agencies resulted in mass deaths within the State.”