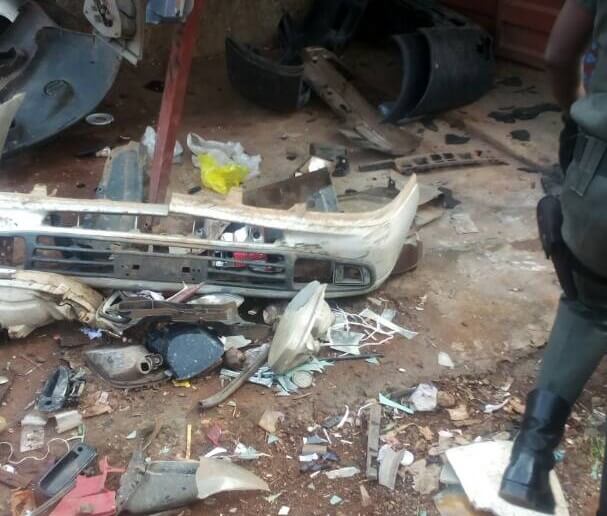 The Enugu State Police Command has confirmed the arrest of three persons in connection with minor explosion which occurred on Saturday, about 400 metres away from a polling station at Coal Camp, in the Enugu metropolis.

The polling station was one of the designated centres for Saturday’s Enugu State Local Government Election.

The command’s spokesperson, SP Ebere Amaraizu, who confirmed the development in an interview with NAN in Enugu on Saturday, said that two persons were wounded.

Amaraizu also said that a tricycle was destroyed by the minor explosion which occurred at a workshop about 400 metres near the entrance of a polling station at Coal Camp.

“There is no cause for alarm as the command’s Explosive Ordinance Department (EOD) is already at the scene of the incident.

“The polling station close to the scene is still having voters patiently waiting to exercise their franchise.

“It is just a coincidence happening on the day of election.

“The command, however, is assuring members of the public that the cause of the minor explosion will be thoroughly investigated,’’ he said.

Anigbo appealed to voters to remain calm and should not be intimidated by miscreants. (NAN)

After Losing At Primaries, Ifeanyi Ubah Dumps PDP For APGA

Sen Ekweremadu Urges Enugu Lawmakers ‘To Do More’ For State