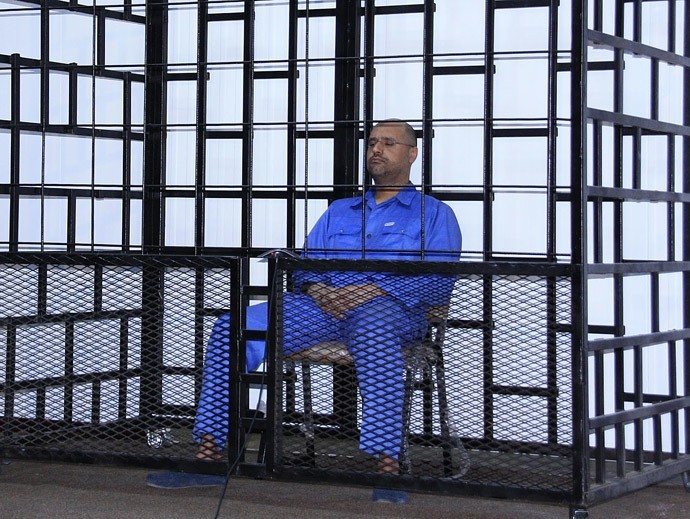 A Libyan court on Tuesday sentenced Muammar Gaddafi’s most prominent son, Saif al-Islam, and eight others to death for war crimes including killings of protesters during the 2011 revolution that ended his father’s rule.

The trial outcome drew swift criticism abroad, with Human Rights Watch and a prominent international lawyer saying it was riddled with legal flaws and carried out amid widespread lawlessness undermining the credibility of the judiciary.

Eight ex-officials received life sentences and seven jail terms of 12 years each, Sadiq said. Four of the 37 defendants were acquitted, others got shorter jail terms.

Muammar Gaddafi himself was killed by rebels who captured him after months on the run.

Sadiq did not spell out the charges on which the verdict was based, referring to the expected written ruling. Defendants had been accused of a range of offences including the use of deadly force against unarmed demonstrators, as well as corruption.

The verdict on Saif al-Islam was passed in absentia in Tripoli since he has been held since 2011 by a former rebel group in the mountainous Zintan region beyond central government control. Factional disorder and conflict now plagues Libya.

Saif appeared by video link only at the start of the trial. The Zintanis have refused to hand him over, saying they do not trust authorities in Tripoli to make sure he does not escape, but agreed to let him be tried there.

The sentences can be appealed and must be confirmed by Libya’s Supreme Court, but legal experts and rights advocates said the proceeding was tainted and politicized from the start.

Buhari submits ‘Service Chiefs’ names to the senate for confirmation