Likely Winners In States Where Elections Are Inconclusive 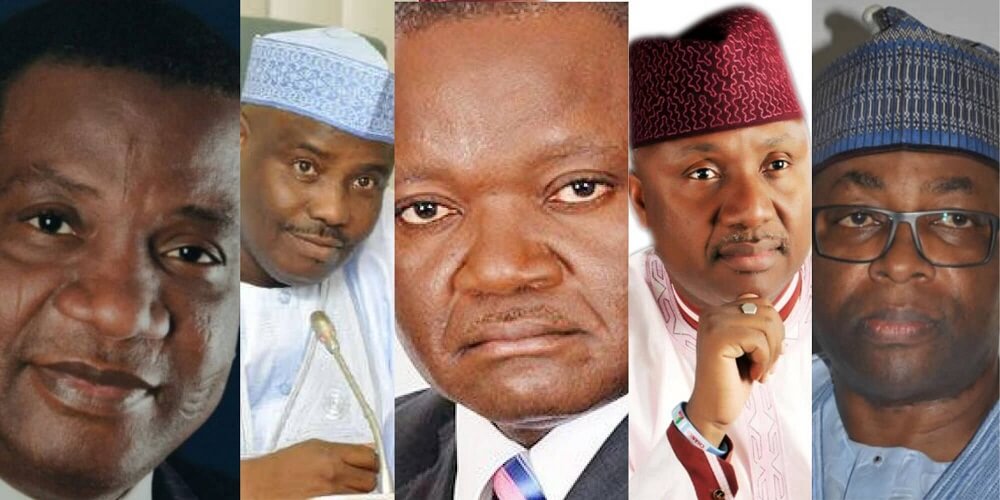 Governorship and State Houses of Assembly elections were conducted last Saturday, March 9 in twenty nine states of the country.

While results in some of the states have been announced and winners declared by the Independent National Electoral Commission, INEC, results for the governorship election in five states were however declared inconclusive.

The states are Bauchi, Adamawa, Plateau and Sokoto and Benue.

The electoral body declared the election inconclusive in these states following a slim margin of win, less than the number of cancelled votes.

With the elections declared inconclusive, a rerun is expected at a later date to be determined by the electoral umpire.

For Bauchi state the results declared shows the PDP’s Bala Mohammed in early lead over incumbent governor, Mohammed Abubakar of the APC. Meanwhile, Mohammed Kyari, the returning officer of the guber election in the state rejected the result from Tafawa Balewa local government following reports of violence and disruption of collation of results at the local government collation centre.

Therefore, Mr Kyari said due to the confusion around how the results were collated in breach of INEC guideline, he could not accept the result from Tafawa Balewa.

Tafawa Balewa is a stronghold of the opposition PDP and is one of the three local governments that make up the constituency of the speaker of the House of Representatives, Yakubu Dogara. With this in mind, it is believed that the PDP’s candidate, Mr. Bala is likely to defeat the current governor, Mr. Abubakar when the election for this local government is conducted having led in 19 local government.

For Sokoto state the result showed just a little margin between incumbent Governor, Aminu Tambuwal of the Peoples Democratic Party, PDP and his major challenger, Aliyu Ahmad of the All Progressives Congress, APC.

The margin of win between the two leading parties, APC and PDP, was given as 3, 413.

It is believed that Mr. Tambuwal would eventually win the guber poll, bearing in the mind the lead he has maintained in the initial election.

For plateau state, a winner is hard to predict now. This is because elections are to be conducted in 14 local government areas with just a margin of 44, 929 between APC and PDP

The incumbent governor and candidate of the APC Simon Lalong polled 583,255 while his opponent, Jeremiah Useni of the Peoples Democratic Party, PDP, polled 538,326.

It is expected that Governor Lalong would emerge victorious whenever elections are conducted in the remaining local governments. But Mr. Useni cannot be ruled out of victory either, he may just cause an upset because he was not expected to do as much as he’s done in the polls against a younger opponent.Useni is 76 while Lalong is 55.

In Adamawa state, the margin of lead between the major political parties is 32,476. The contest is obviously between Mr Ahmadu Fintiri of the PDP who polled 367, 471, and Governor Jibrila Bindow of the APC polled 334, 995 votes.

It should be noted that before the election was declared inconclusive Mr. Fintiri, was leading in the Adamawa state governorship election.

With that realization the candidate of the PDP is predicted to win the guber poll when the election is eventually conducted in the state.

Samuel Ortom of the PDP scored the highest number of votes of 410,576.

He was closely followed by Emmanuel Jime of the APC who polled a total number of 329,022 votes.

The margin between both Ortom and Jime is 81,554 so it was declared inconclusive by the Independent National Electoral Commission, INEC.

INEC said its decision was based on statistics it gave that 121,011 electorates were either not able to vote or election did not hold in their areas.

A rerun for the polls is expected to produce an eventual winner. Ortom is favoured to win because of the wide lead he already has.