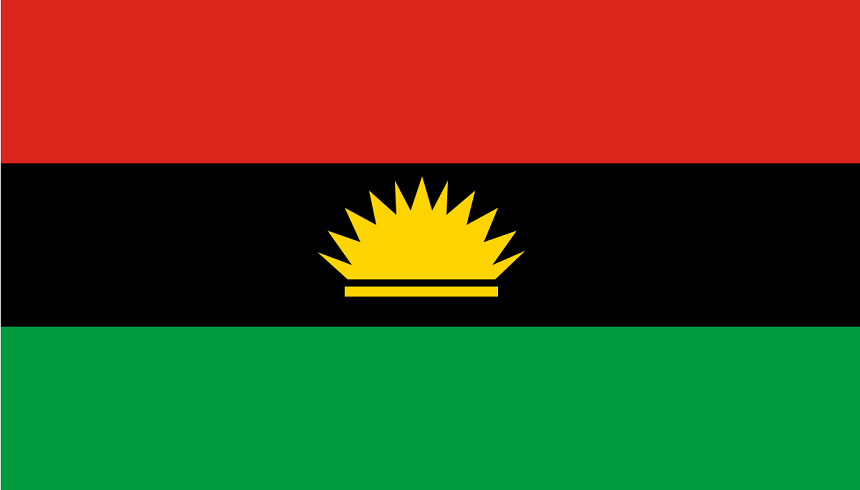 The Movement for the Actualization of the Sovereign State of Biafra (MASSOB), weekend, cautioned against moves to create chaos in the Southeast. The group also denied any plans to embark on protests next week or during the yuletide as being alleged in some quarters.

MASSOB’s national director of information, Comrade Edeson Samuel, stated this in a statement made available to THE WHISTLER in Owerri. He said the alleged plans to protest in the region were an evil machination of some interests that were anti-Igbo’s progress, and advised Ndigbo not to fall into such traps.

He said, “MASSOB received an intelligence report through the Biafra Intelligence Agency (BIA) that hired and sponsored thugs are being mobilized to cause violence and civil unrest through an organized protest that will throw Igbo land into an unprecedented chaos and military invasion.

“The sponsors of the protest are planning to create tensions and feelings of insecurities in Igbo land which will frustrate the homecoming of our people for the Christmas festivals and reunification of kinsmen. Ndigbo have not yet recovered from the Obigbo bloody massacre; the city of Aba, Onitsha, Enugu, Abakaliki and Owerri are yet to recover from the destruction of government and people’s property, including all the killings and destruction of our infrastructural establishments associated with the #EndSARS protest.

“MASSOB warns that the commercial atmosphere of our people should not be disturbed. We shall never allow perpetrators of violence to hold Igbo land to ransom. We can no longer allow bloodsuckers to continue in their business of rendering young children to a fatherless state. Igbo land can never be sacrificed for selfish interests of some bloodsuckers who have no investment or developmental projects in Igbo land.”

Samuel therefore warned hired thugs and perpetrators of violence not to engage in any acts of disguised protest or demonstration in Igbo land, adding that, “Our people need a peaceful atmosphere to flourish in their businesses in this yuletide. Sponsors and perpetrators of the planned violent protest should steer clear of Igbo land now.”