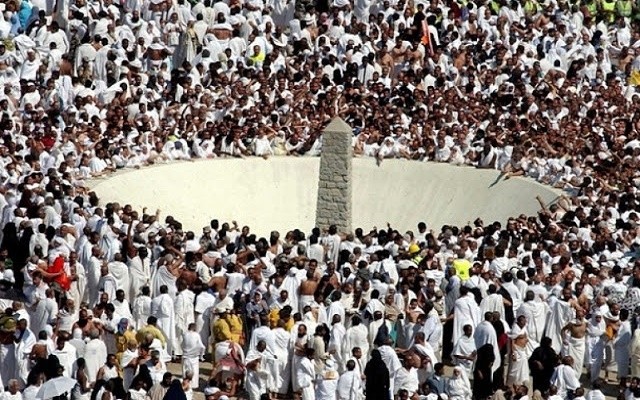 The number of Nigerian pilgrims killed during the September 24 stampede in Mina, Saudi Arabia, had risen to 168, the National Hajj Commission of Nigeria (NAHCON) has confirmed.

The director, Public Affairs of the commission, Uba Mana, on Tuesday, revealed the latest death toll while speaking to newsmen on the incident in Mecca.

Mana said the increased number of Nigerians who lost their lives in Mecca, follows the ongoing analysis on the corpses by the Saudi government.

He said that the number of pilgrims earlier declared missing had reduced from 165 to 144 due to the discovery of additional bodies.

He added that seven out of the 42 pilgrims injured during the stampede are still on admission in Saudi hospitals.

Speaking on the ongoing airlift of pilgrims back to Nigeria, Mana said 47,128 pilgrims were transported back to their respective states in 123 flights.

You will recall that as at Sunday, the death toll of those who were killed in the stampede in Mina, was put at 145, 35 people were declared injured and 165 others still missing

The Commissioner of Operations of the commission Alhaji Ibrahim Modibbo Saleh, had also said: “Those declared missing cannot be declared dead, since their corpses have not been identified and there are ongoing efforts to locate them or identify their remains among the dead.”

More than 769 pilgrims from across the world were confirmed dead and 1,000 injured during the stampede on one of the roads leading to the Jamarat Complex (stone throwing site) in Mina.

7 Foods That Will Reduce Your Blood Sugar Level.