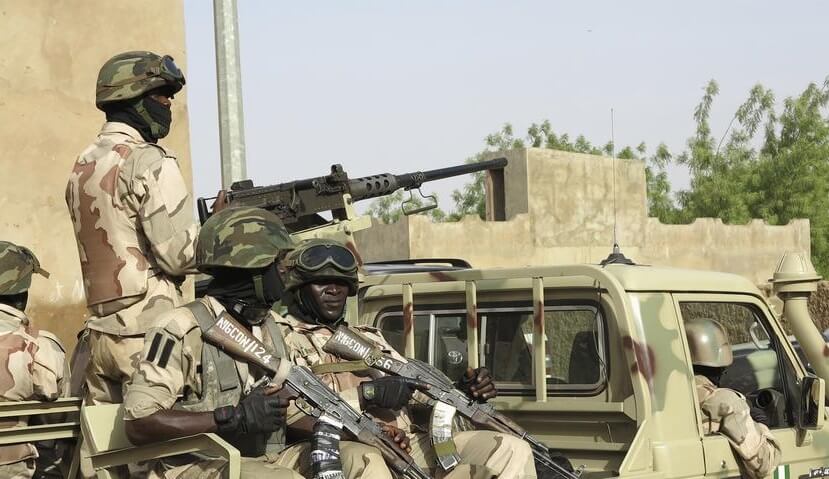 The Nigerian Military has reacted to reports that it released 1,009 ex-Boko Haram insurgents in a secret ceremony to the Borno State Government.

The report, which came out on Thursday, disclosed that those released were suspects who had been in military custody at Giwa Barracks in Maiduguri, the Borno State capital.

The military, which admitted handing over 1,009 “suspects” to the Borno government, however debunked reports stating that they were ex-terrorists.

In a statement signed by the Director, Army Public Relations, Brig-Gen Onyema Nwahuckwu, on Thursday, it said the exercise was part of the ongoing Counter Terrorism Counter Insurgency Operations (CTCOIN) in the North-East.

The Army said, “It is an indisputable fact that the ongoing Counter Terrorism Counter Insurgency Operations (CTCOIN) in the North-East has led to the arrest of several terrorism/insurgency suspects.

“These suspects have been held in custody while undergoing profiling and further investigations by experts from the Joint Investigation Centre (JIC) and those who are found culpable are usually handed over to prosecuting agencies accordingly, while those who are not implicated in terrorism and insurgency are cleared and released to the state government for rehabilitation before they are reintegrated into the society.

“It is also necessary to categorically state that the handing over of the cleared suspects was not shrouded in secrecy as it was witnessed by United Nations Humanitarian and government agencies, in tandem with global best practice”.

‘I Have No Idea About What You Said,’ Army Spokesman Reacts To Attack On…

EXCLUSIVE: How Corpses Of Late COAS Attahiru, 3 Generals, Others Were Packaged,…