More Troubles For Etisalat As Company In N2bn Copyright Mess 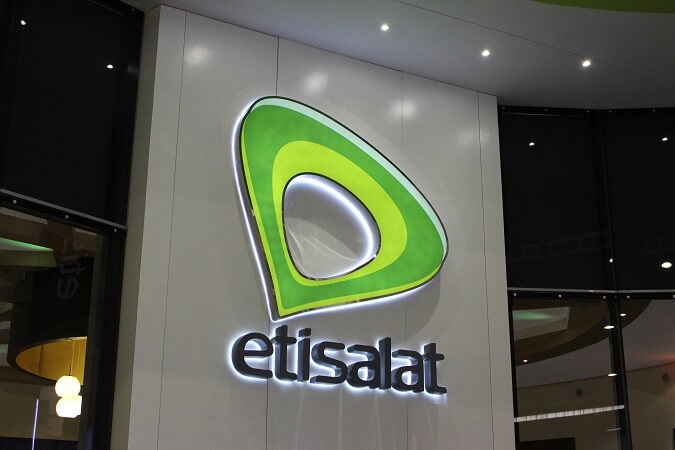 In less than a fortnight after reports emerged that Etisalat Nigeria had defaulted in its debt servicing schedule for a $1.72 billion loan it secured in 2015, the telecoms company has yet again been enmeshed in a N2 billion copyright mess.

V-Exchange claimed that the ‘Kwik Cash’ loan service being offered to customers by Etisalat was a stolen product from its firm.

This was according to co-founder of V-Exchange, Samuel Ajiboyede, who made the claim at a recent press conference.

Ajiboyede alleged that Etisalat stole ‘Kwik Cash’ after showcased the product and sought partnership with the telecoms company.

He further claimed that it all came as a surprise to him after when Etisalat went behind his company to launch the product without their consent.

The mobile technology firm had since written to the Chief Executive Officer of Etisalat Nigeria on January 10, 2017, through its lawyers, Ubani and Co, to demand a N2billion compensation.

More Troubles For 9mobile As Another Investor Pulls Out

The letter reads in part: “Our client has tested your product on several customers of your company and confirmed that the said product was the exact product for which it has exclusive right

“That this abysmal unlawful conduct of your company as highlighted above has infringed our client’s products for which copyright subsisted despite the caveat by known owners being ‘our client’ that no part of this shall be reproduced or copied in any material form with its prior authorization.

“Moreover it is arguable that the product reproduced in writing by your company was exact replica of our client’s products which were earlier in time protected by the copyright law.

“In conclusion let it be stated that aside the civil action for infringement of our client’s copyright, we shall be constrained to simultaneously instigate and initiate a criminal action with its attendant legal consequences against your company for exploiting our client’s copyright as provided by the act.

“Therefore your company is hereby warned very sternly to refrain forthwith from further infringement of our client’s by itself or through its agents or privies and monetary restitution in the sums demanded above of its unlawful exploitation of our client’s products which copyright subsisted in order to mitigate the loss thus far.”

Although it admitted meeting with representatives of V-Exchange over its product, Etisalat however claimed that it duly acquired the right to use the product from an undisclosed company, hence cannot pay the said compensation.

Sudan Still On The Condom Matter As Journalist Risks Death

More Troubles For 9mobile As Another Investor Pulls Out