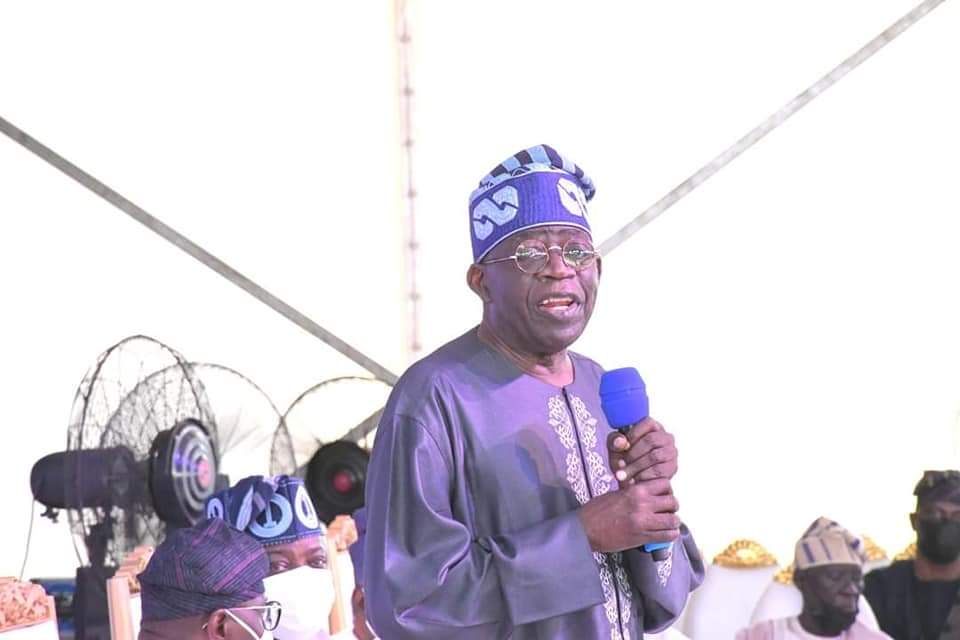 Despite general disapproval and warning from groups across the country that no party should field a Muslim-Muslim ticket in the 2023 presidential election, the Tinubu Support Group has said quality rather than religion or ethnicity should be be the most important considerations.

According to the Director-General of the Tinubu Support Group, Mr Abdulmumin Jibrin, the question of a Muslim-Muslim ticket does not matter if the National Leader of the All Progressives Congress, Mr Bola Tinubu, becomes the presidential candidate of the ruling party.

Jubrin, who lost his bid to return to the House of Representatives in 2019, is now an Executive Director (Business Development) at the Federal Housing Authority.

Tinubu, a former Governor of Lagos State, is a member of the ruling All Progressives Congress, APC, and a Muslim from Lagos State.

Speaking on a television programme, Jibrin noted that there are thousands of Tinubu support groups across the country, adding that the TSG that he is leading is to coordinate and supervise the other groups.

He explained that, “Sometimes, I even find it a bit funny when I see people saying ‘is he contesting or is he not contesting?’ The only thing that is left is just the formality of organising when he is going to express his aspiration, just to notify the public that, ‘Yes, I am going to contest.’ But the issue of Bola Tinubu contesting is a done deal. He is going to contest the election, I can assure you that. Insha Allah, he is going to be on the ballot paper.”

On the issue of zoning, he said as far as the APC was concerned, if the party wanted to be fair, power should rotate to the South.

On the contentious issue of religion bordering on national unity, he said, “I completely agree and understand that our country is sensitive when it comes to politics, the issue of ethnic and religious considerations. It is very serious. Nobody can sweep that under the carpet.”

He added however that, “Talking personally and weighing the mood of the country, I can assure you that if you give people a choice of someone who will come and improve on what we already have on ground, and revamp the economy and increase every aspect and every part of the country, people will just want to see progress. People just want to see development. For me, it doesn’t matter.

“If you bring a Christian-Christian presidency or a Muslim-Muslim presidency, for me, personally, it doesn’t matter. Even within the party and my TSG, we have had this conversation.”

The former lawmaker, who noted that ethnicity and religion are critical factors in Nigerian politics, said Tinubu is detribalised and not a religious fanatic. He added that the APC chieftain would “make the right decision” when choosing his running mate.

Jibrin recalled how David Mark and Ike Ekweremadu were opposed by lawmakers for being Christians when they were to become the President and Deputy President of the Senate, respectively, in the 6th and 7th Assembly. According to him, they not only won their elections in the chamber but also supervised the most stable Senate since 1999 under their leadership.

Jibrin also cited the example of the current Speaker of the House, Femi Gbajabiamila; and Deputy Speaker, Ahmed Wase, who are both Muslims.

“I led the (speakership) campaign. They said we were not going to win. I said when Nigerians see quality, they take quality over ethnicity and religion, except you do not present quality to Nigerians,” he said.