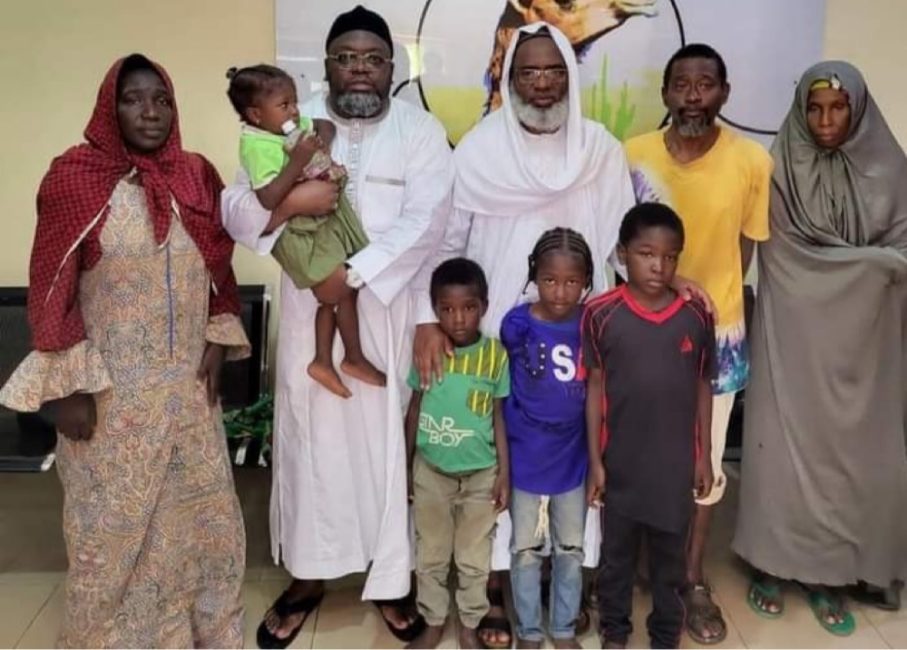 150
SHARES
ShareTweetSubscribe
#mc_embed_signup{background:#fff; clear:left; font:14px Helvetica,Arial,sans-serif; width:90%;} /* Add your own Mailchimp form style overrides in your site stylesheet or in this style block. We recommend moving this block and the preceding CSS link to the HEAD of your HTML file. */ (function($) {window.fnames = new Array(); window.ftypes = new Array();fnames[0]='EMAIL';ftypes[0]='email';fnames[1]='FNAME';ftypes[1]='text';fnames[2]='LNAME';ftypes[2]='text';}(jQuery));var $mcj = jQuery.noConflict(true);

Maryama Abubakar Bobbo, the mother of four, captured alongside her family during the Abuja-Kaduna train attack has recounted her ordeal while in captivity.

Maryama, her children and her husband, Idris Abubakar were released after 135 days in captivity, and she told newsmen how difficult it was to cope seeing her daughter struggle for medical help when she needed one.

She said, “Back in the forest, it hasn’t been easy. Everyone has been sick. I came back with my daughter sick because they’ve not been on medication. She has not been responding to treatment from the medication they’ve given, but we thank God for mercy and grace.

“We just pray that the rest of the people we left would be released as soon as possible.”

Maryama whose husband, Abubakar is a staff of the National Assembly Service Commission hoped that the Federal Government expedite the release of the remaining captives.

No fewer than 62 passengers were abducted by terrorists on March 28 after an explosive detonated on the rail track of the inbound Kaduna – Abuja train.

The terrorists have, however, released the victims on at least seven occasions since the attack.