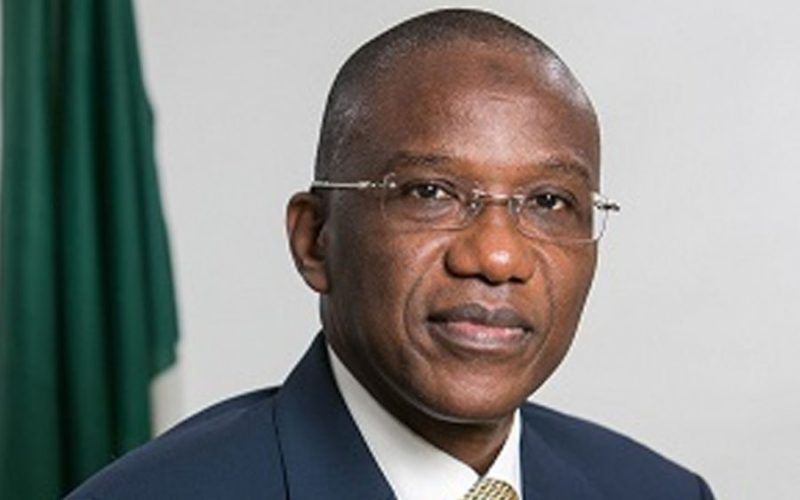 In another deft strategy to intensify its debt recovery drive in the country, the Asset Management Corporation of Nigeria (AMCON) has submitted a list containing its top 1,000 obligors to the National Assembly.

AMCON made the revelation to members of the House of Representatives Committee on Banking and Currency at the just concluded retreat of the committee in Lagos.

AMCON handed the list over to the lawmakers just few hours after President Muhammadu Buhari signed into law the Asset Management Corporation of Nigeria (Amendment) Act, amending the AMCON Act No.4, 2010.

The AMCON Act provides for the extension of the tenor of the Resolution Cost Fund (RCF) and grants access to the Special Tribunal established by the Banks and other Financial Institutions Act 2020.

This confers on AMCON the power to among others, “to take possession, manage, foreclose or sell, transfer, assign or otherwise deal with the asset or property used as security for Eligible Bank Assets (EBAs), and related matters.”

The Chairman of the House of Representatives Committee on Banking and Currency, Victor Nwokolo representing Ika Northeast/Ika South Constituency in the 9th National Assembly received the list of recalcitrant AMCON obligors from the Managing Director/Chief Executive Officer of the Corporation, Mr Ahmed Kuru.

He said the Committee called for the list so that the National Assembly would know those that are holding the country to ransom to enable them meet with relevant agencies of the Federal Government.

He said the meeting with agencies of government will further enable them to strategize on how to further deal with the debtors to ensure that AMCON realised its mandate in the overall interest of the Nigeria economy.

Nwokolo who commended the commitment of the Kuru-led agency said that AMCON has been operating under very difficult condition since its establishment.

He said the operation of AMCON has been made worse by the outbreak of the coronavirus pandemic, which practically shut down the economy.

Nwokolo explained further that the harsh economic realities caused by COVID-19 meant that the recovery assignment AMCON is doing for the country has been further compounded.

He noted that this was why the National Assembly is looking at ways of further supporting the recovery drive of the Corporation.

He further disclosed that the National Assembly is considering punitive measures in dealing with those whose names made the top 1,000 AMCON debtors’ list.

He, however, expressed excitement that the signing of the Amended AMCON Act into Law by Buhari will assist the Corporation to recover the huge outstanding debt.

This, he added, will ensure that the aim of the Federal Government in setting up AMCON in 2010 is not defeated.

Earlier while presenting the list, the AMCON Boss said, “To enable AMCON succeed in its national call to duty, AMCON solicits the continued support of this Distinguished Committee.

“The Judiciary must be encouraged to respect the provisions of the law that require them to fast-track cases before them, issue certificate of judgement on properties, which the Corporation has no collateral and demand debtors to deposit Judgment sum before proceeding to appeal any judgement.”

Kuru said the judiciary has been of tremendous support, adding that AMCON is heavily dependent on the Judiciary in the country because the Corporation has over 4,000 cases in court.

He added that more recently, due to the socio-economic downturn, the market values of assets have significantly reduced, lower than the valuation at the point of Eligible Bank Asset (EBA) purchase, making it extremely difficult to consummate sales transactions.

With the support of the National Assembly and the Judiciary, Kuru expressed optimism that recovering the total current exposure on all EBAs, which stands at N4.4trn may be possible before the sunset period.

With Brown Revolution, CBN Eyes Self Sufficiency In Wheat Production