NAF Partners FRSC To Ensure Safety Of Commuters During Yuletide 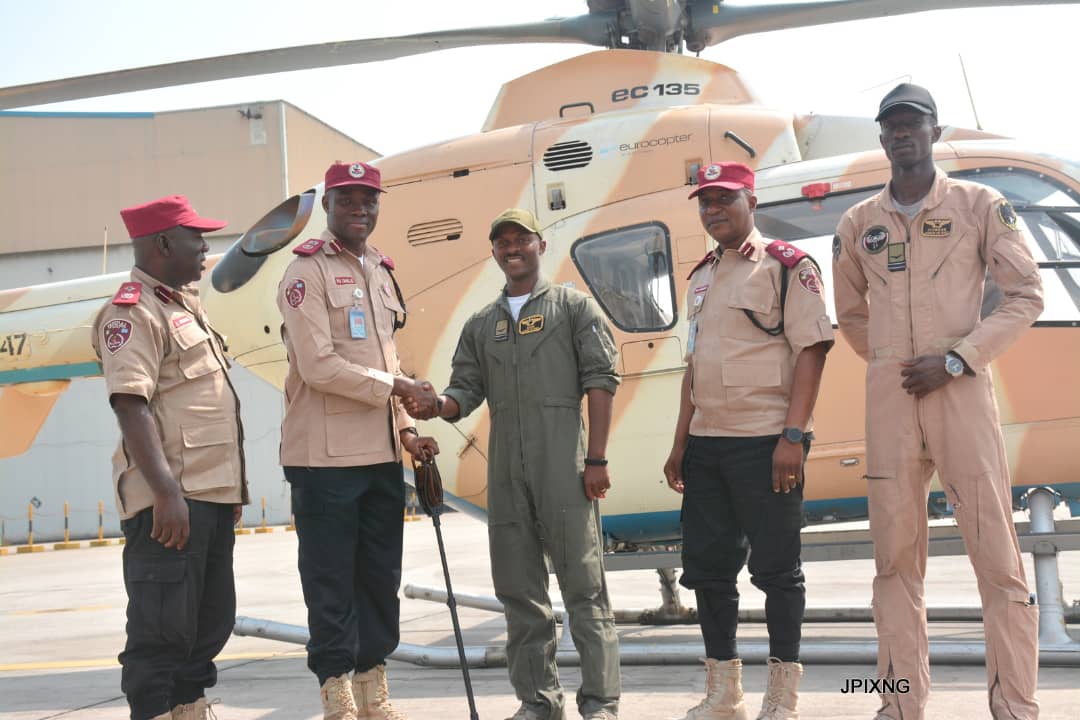 As part of efforts to support other security agencies in ensuring safety and security of commuters during yuletide, the Nigerian Air Force (NAF) has been conducting aerial patrols to monitor traffic and other activities along some critical highways in the country.

The patrols, which are being conducted in conjunction with the Federal Road Safety Corp (FRSC), began on 23 December 2019, with a NAF EC-135 helicopter conduct Corps surveillance along the Abuja-Lokoja Expressway.

According to a statement signed by NAF spokesman, Air Commodore Ibikunle Daramola said on 24 December 2019, aerial patrols were also conducted along the Lagos-Shagamu-Ore Road alongside personnel from the Lagos State Sector of the FRSC.

Daramola added that the exercise, which is being conducted in furtherance of the NAF’s constitutional role of providing military aid to civil authority, will also cover other routes to enable Nigerians embark on their lawful road travels without fear or undue traffic challenges during the Christmas and New Year celebrations.

JUST-IN: I Made Only N1.5m From Kidnapping, Bayelsa Kingpin Who Flaunts Wealth On…