Native Doctor, Two Others Land In Prison For Duping Victims With Claims Of Money Doubling Power 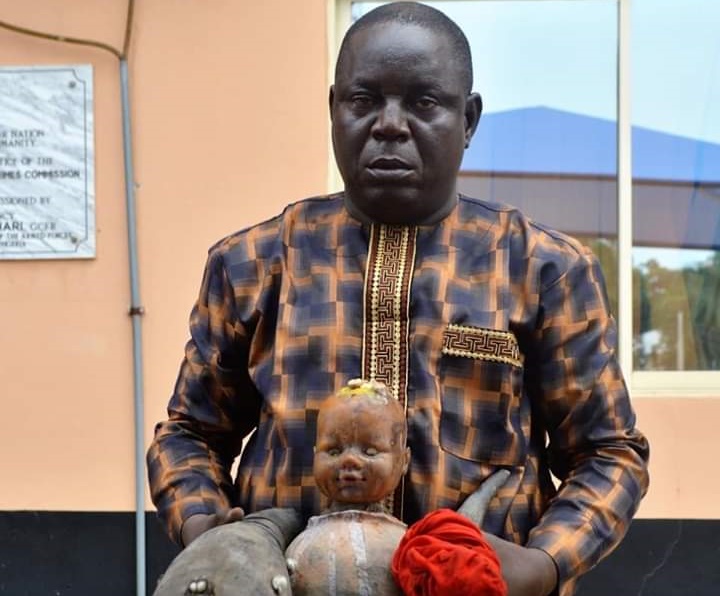 A fake native doctor, Fatai Olalere Alli and two others – Adigun Fatai Olusegun and Olufemi Kolawole are now cooling their heels in prison custody after a Federal High Court 1 sitting in Ibadan, Oyo State ordered for their remand.

Justice Patricia Ajogu gave the order pending the filing, hearing and determination of their bail applications.

The Ibadan zonal office of the Economic and Financial Crimes Commission (EFCC) had on Tuesday, October 29, 2019 arraigned the three accused on criminal charges bordering on conspiracy, money laundering and obtaining money by false pretense.

The court had earlier granted the Commission’s prayer for an order of interim forfeiture of properties traced to Alli as well as freezing of accounts he allegedly used to receive proceeds of crime.

According to the count-one of the charges, Olusegun and Kolawole conspired with Alli to obtain money under false pretenses from one Attiogbe, Daniel Babatunde.

According to a statement posted on the Facebook page of the anti-graft, before their arrest, the commission had received several intelligence reports linking Alli to series of fraud allegations involving large sums of money.

The statement also noted that details on the intelligence alleged that Alli engages in money doubling through which he swindled and collected money from his victims with the promise of using his ‘spiritual powers’ to multiply the sums for them, but would instead divert same to his personal use.

Part of the statement read: “He was arrested on July 9, 2019. His confessions later led to the arrest of his conspirators.

“The commission thereafter filed an application seeking an interim forfeiture order of the properties and accounts of the suspects.

“The application is pursuant to Sections 28, 29, and 34(1) of the Economic and Financial Crimes Co mission (Establishment) Act, 2004, Sections 333 and 337 of the Administration of Criminal Justice Act, 2015,  Section 44 (1)2)(k) of the Constitution of the Federal Republic of Nigeria (As Amended) and under the Interim Jurisdiction of the Honourable Court.”

After THE WHISTLER Report, EFCC Detains Staff On Suspicion Of Divulging Official Information

Justice Ajoku granted the application of the EFCC and ordered that the properties of the suspects be temporarily forfeited to the Federal Government of Nigeria.

She also ordered the freezing of their bank accounts pending the conclusion of the investigation, prosecution and final determination of the cases against them.

The properties include five buildings, three cars and hectares of farm land.

Today, the accused persons were called upon to take their plea.

They all pleaded not guilty to the charges preferred against them.

Due to the not-guilty plea, prosecution counsel, Oluwatinuwe Daramola, prayed the court for a trial date and an order to remand the accused persons in prison custody.

However, counsels to the accused persons prayed the court for a short date to hear the applications of their respective clients.

The presiding judge, however, refused their prayers stating that their applications were not yet before the court.

She said the court registrar would communicate the date for bail argument to the parties once the applications are properly brought before the court.

Justice Ajoku then ordered that the accused persons be remanded in prison custody as she adjourned the matter to November 22, 2019 for trial.

Maina To Remain In Prison As Court Adjourns Bail Hearing