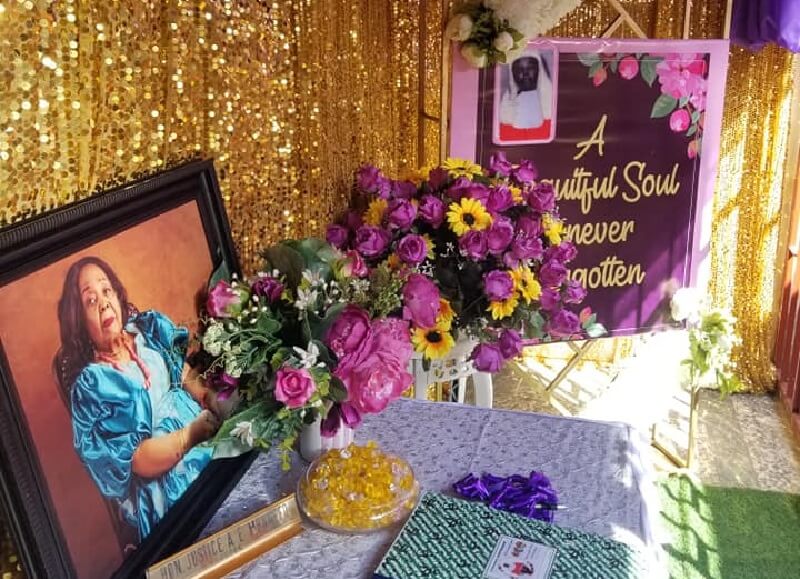 Victor Ndoma-Egba, a three-time senator representing Cross River central senatorial district, has extolled the virtues of the late Justice Ansa Mbanefo (rtd.) during a valedictory session held in her honour at the state’s High Court on Thursday.

Ndoma-Egba’s remarks were read at the event by a Senior Advocate of Nigeria (SAN), Ntufam Mba Ekpezu Ukweni.

It partly reads, “I am truly sorry for my colleagues of the Bar who were not as fortunate as I was not only to have known her but to have practiced extensively before her. You missed a lot because words alone cannot describe this phenomenon.

“As a very young lawyer (for the benefit of the young lawyers today, I was indeed once young myself and the Chief Judge can confirm this) we got our cause lists on Fridays for the next week. We studied the cause list to see which senior counsel was in which matter and before which judge. Chiefs Effiong Ekong SAN (the father of Efefiom Ekong SAN) and Orok Ita (the father of Chief Orok Inang Ironbar) appearing on opposite sides before Justice Mbanefo was always the ultimate spectacle. The professional tackles between them, choice of language, and both them always trying to drag His Lordship into their combat arena and she gracefully resisting them and reminding them that she was the umpire was a display of wits. I recall Chief Ekong once starting his submission with “I am going to perform and perform like a man”. Chief Ita replied “You will meet another man waiting for you”. His Lordship, justice Mbanefo reminded them that “my duty is to determine who between both of you is the man”.

“My Lord was a tease, especially to the older lawyers and her brother judges. Her sparing partner was Honourable Justice W.R.T. Macaulay, an urbane former diplomat who later became Attorney General of the old Cross River State before being elevated to the Bench of the Cross River State High Court and later the Court of Appeal (the first from the Cross River State Bench). Because His Lordship, the Honourable Chief Judge is professionally a man but biologically female (I know her husband and she is my sister) and I am well brought up and must be seen to be well behaved at all times, I cannot give details of the encounter between Justices Mbanefo and Macaulay. It was most hilarious and rib racking. It had to do with the definition of a delicate item of female clothing Justice Macaulay, a man with the most mischievous wit insisted on giving unsolicited. That was the nature of their encounter always.

“To young lawyers Justice Mbanefo, later Ma Mbanefo, was a teacher and mother, warm, polite but firm. She did not suffer fools gladly. She left no doubt whatsoever and howsoever that she was in absolute control of her court. She gave hints where necessary and encouraged always. If you failed to take the hint judgment day awaited you. She liked to see young hardworking lawyers in her court.

“I developed a personal relationship with her. She was my father’s colleague on the Bench. She was widowed early and her late husband, Alexander Mbanefo, Queens Counsel and later a High Court Judge of the defunct East Central State, was from Onitsha. He was the younger brother of the legendary Sir Louis Mbanefo who had himself been appointed a Judge in 1952.Her home in Calabar became the rendezvous for Onitsha indigenes in Cross River State especially the undergraduates in the University of Calabar including my future wife. My Lord’s home naturally became our other home.

“Justice Mbanefo had earlier trained as a nurse. Towards the end of the 1950,s her husband sent her to England to study law and was called to the Bar at Lincoln,s Inn in 1963. She practiced with her husband before joining the Ministry of Justice of the then Eastern Region where she rose to the position of Principal State Counsel. When she was appointed a Judge of the High Court of the old Cross River State she became the first female to be so elevated not only in the State but in the entire defunct Eastern Region and became a member of the trinity of Mbanefo Judges. That we have many female Judges today, including our own Chief Judge, Justice Akon Ikpeme, is owed to Justice Mbanefo’s pioneering efforts.

“After her retirement from the judiciary on the attainment of the age of 65 years Ma Mbanefo remained active serving on National Committees and Tribunals. She went back to school to obtain a post graduate diploma in Christian Education in 2003.She devoted the rest of her life to family, Church and God.

“Justice Mbanefo entered the judiciary in its most glorious days when Judges were well catered for. They had befitting well maintained accommodation with up-to-date libraries at home and in their chambers. They drove in good cars and had domestic vehicles and even standby generators at home. They attended conferences locally and abroad and were entitled to overseas medical check up every year. Their salaries and allowances were living wages. They had dignity and were respected. This curiously was in the days of the military. What do we have today, twenty two years into our democracy..? Judges have become a forgotten species, they live in ramshackles for accommodation, move around in mechanical contraptions for vehicles, have a miserable collection of ancient texts for libraries. The lamentation could go on endlessly. Democracy by itself is an incomplete proposition; it is complete when it is democracy and the rule of law. The judiciary represents that rule of law. The neglect of the Judiciary is evident in our current social malaise and insecurity. Social scientists have posited that there is a direct correlation between democracy and development. If were have not derived development from our democracy it is because we are yet to see “the rule of law” as what completes the notion of democracy.

“This is a valedictory for Justice Mbanefo who lived a full and glorious life of love, service and sacrifice to the law, justice, family, humanity and the Almighty. She lived to the full age of ninety years. Let me therefore speak no more so that she can take her well deserved and eternal rest. Ma Mbanefo, rest in peace as you live on through your judgments, your works and in our hearts. Rest In perfect peace. But while she rests has the time not come for us to appropriately address our female Judges? It has become awkward to address them as My Lord, His Lordship etc. It is not only gender blindness but gender insensitivity and against current trends. Just food for thought.

“My Lords, today we can speak confidently of Justice Mbanefo’s glorious and worthy life of service and integrity. Will the same be said of us when we lie motionless and dead..? It is only a matter of time. The choice is ours now that we live.”

Due Process Needed To Declare Bandits As Terrorists – Defence Minister