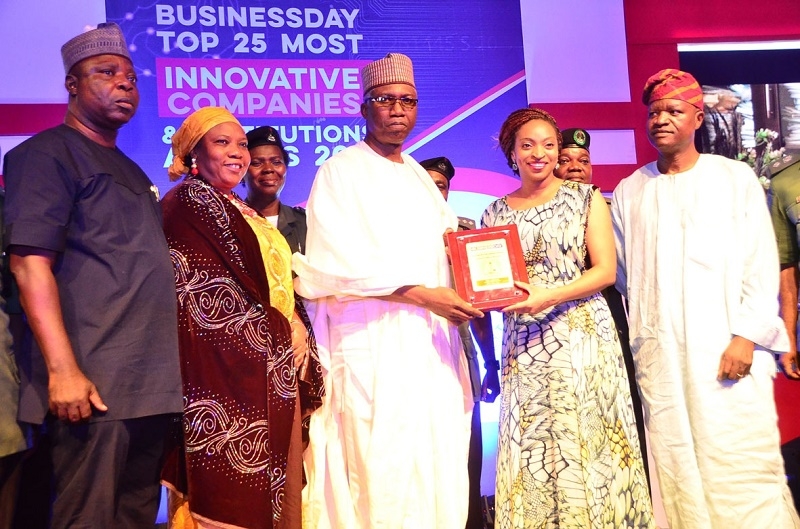 The Nigeria Agricultural Quarantine Service (NAQS) is among top agencies that won the Most Innovative Government Agency award at the recent ‘BusinessDay Top 25 Most Innovative Companies and Institutions Award 2017’ organized by the BusinessDay Media Limited in Lagos.

NAQS was recognized for the Pest Risk analysis it carried out on pigeon pea, the comparative market value study it did for these commodities vis-à-vis the national budget, and for carrying out these exercises by its scientists.

“Also, in line with its core mandate, the continual surveillance of Nigeria’s borders for preemptive action against the incursion of three emerging diseases – the Cassava Brown Streak Disease, Maize Lethal Necrosis Disease and Coconut Lethal Yellowing Disease – from central and southern African countries in which they are already endemic, and determining the economic importance of such incursions made NAQS stand out,” the organizers said.

Dangote Cement, MTN, 11 Other Companies To Pay N891.98bn As Dividend To Shareholders

He dedicated the award to staff members of the agency for their commitment to service, and announced that they would embark on regular trainings at home and abroad to be abreast of the latest practices in the sector.

MTN Nigeria, GTBank and Dangote Cement are among the recipients of the award.

Dangote Truck Driving Against Traffic Kills One In Anambra

Policemen On ‘Stop And Search’ Killed In Enugu

Anambra Doctors May Withdraw Services Over ‘Rising’ Abduction Of Members