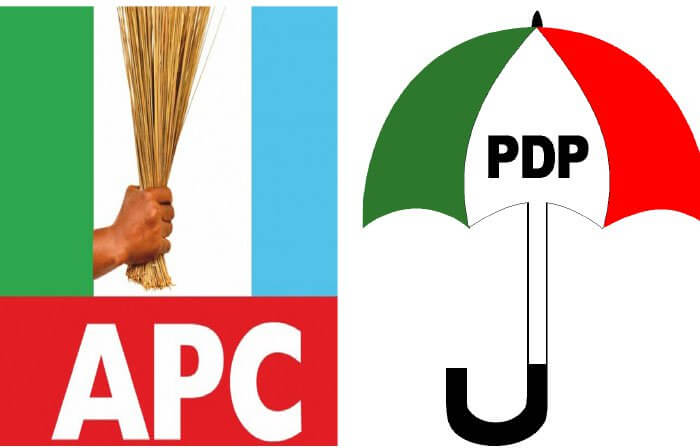 The All Progressives Congress (APC)
has tackled the Peoples Democratic Party (PDP) for criticising President Muhammadu Buhari over his independence day broadcast.

Nigeria turned 60 years old on October 1 and Buhari addressed the nation to mark the event.

The APC said PDP needed the sympathies of well-meaning Nigerians, adding that “the vision and the ideal dream on how to build a great nation seems to have eluded the former ruling party.”

The PDP had on Monday attacked Buhari and described the assertions he made about the country’s economy as a “huge slap on the sensibilities of Nigerians.”

Its attack of the President’s speech might have been informed by Buhari’s justification of the increase of fuel price in the country by comparing it to the N168 per litre cost in Saudi Arabia.

A litre of petrol in Nigeria costs N162.

But a statement issued on Friday by APC Spokesman, Yekini Nabena, argued that Buhari’s independence anniversary speech gave “hope to Nigerians as they trust their leaders whose integrity has proven.”

Nabena added that the PDP misinterpreted the President’s speech, saying that the opposition party acted irresponsibly.

He said: “The misinterpretation of Mr President’s Independence Day speech by the PDP is an act of irresponsibility that requires prayer warriors to make it whole.

“The reassurance given by the President speech, especially to lift about 100 million Nigerians out of poverty should ordinarily fascinate all patriots but because of bad politics the PDP and its elements would blind their eyes to such re-proclamation and others.

“Understandably, the PDP leaders would prefer continuity of the lucust era but the reassuring take away in the speech of Mr President is a spoiler to their evil plans. The speech further show commitment to invest more in Buhari’s Agrarian Revolution, digital economy, medium and small scale industries as a sure way of gradually lifting people out of poverty.

“Surprisingly, the opposition party had gut to criticize the commendable and courageous step taken by this administration to end the era of robbing Peter to pay Paul in the oil sector by totally embrace deregulation which in turn will bring about massive job creation, business opportunities and attract more investors. For so many years, the dying PDP could not summon courage to do this simply because of corruption.”

The APC spokesman further claimed that the President and the APC administration were enjoying the goodwill of Nigerians, adding that the challenge associated with the removal of subsidy was temporal.

According to him “Therefore the manipulation tactics and the hatred being spread by the PDP and its leaders will definitely fall on the infertile soil.

“For us, we can only urge the prayer warriors around to always remember the dying PDP in prayers while Nigeria continue to move on the path of greatness.”

COVID-19: Trump ‘May Be Replaced’ As Republican Presidential Candidate