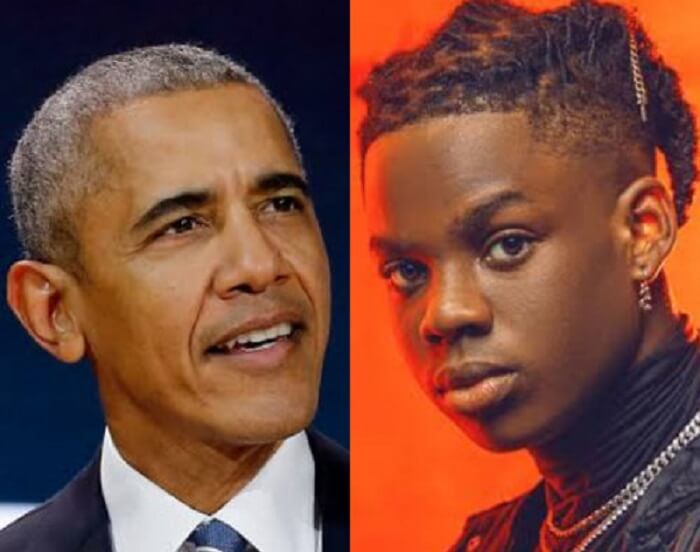 Obama shared the list of 44 songs that he and his wife, Michelle, have been listening to and which make their latest annual summer playlist.

Rema, who is signed to Don Jazzy’s Mavin Record label, made the former U.S President’s playlist with his smash single ‘Iron Man’ coming at 42nd spot.

“With summer winding down, here’s a sampling of what Michelle and I have been listening to — some new, some old, some fast, some slow,” Obama tweeted on Saturday evening.

The 19-year-old ‘Dumebi’ crooner has since taken to his Twitter to thank Obama and Michelle for finding his song worth their while.

Fans React As Don Jazzy Says He Wants A Baby

My Love For Music Started In Church—Don Jazzy

Burna Boy Hits Back At Davido After Rema Outburst