Nigerians Are Angry But Reject Break-Up As Country Clocks 60

Nigeria
By Our Correspondents On Oct 1, 2020 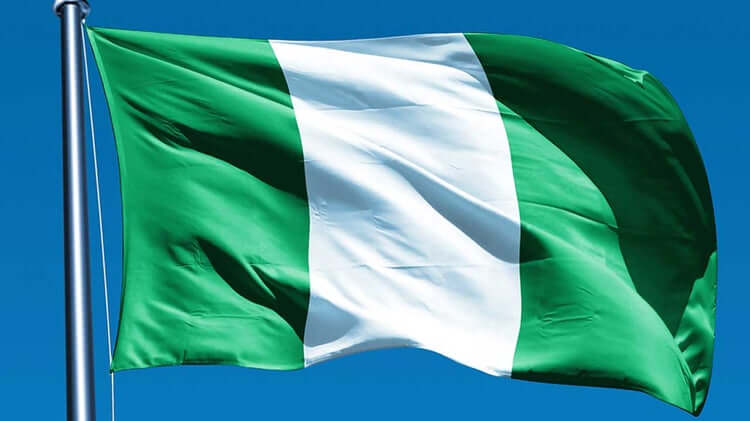 Nigeria became free from British colonial rule 60 years today, but it is yet to become a nation free from mismanagement, ethno-religious crises and general instability.

While it is a day to celebrate, the general mood in the country is gloomy and foreboding, a fearful apprehension hangs in the air and there is a sense that no one knows what the future holds.

“There is nothing to celebrate,” says Chief Nduka Eya, a chieftain of Ohanaeze Ndigbo when he spoke to THE WHISTLER. “Why should a government build a rail line from Nigeria to Niger while the line from Port-Harcourt to Zaria is not functional,” he asks, laying bare the contradictions that had defined the existence of the country since independence.

While he noted that “the cracks in the country are obvious,” he said the country could rediscover itself through restructuring.

“We must go back to the constitution that the military suspended to re-discover Nigeria. Why should the laboured 2014 Constitutional Conference be thrown into the dustbin if we are very serious about the future of this country? What about the 2020 Vision of Abacha?

“The cracks in this country are obvious. Recall that the Constitutional Conference of 2014 was a welcome development, only the APC refused to participate. That action is currently undoing us. The present constitution we are using is a hate constitution. There is unemployment everywhere. Vice-President Yemi Osibanjo has agreed that there are cracks. This country has never been more divided than now,” he stated

Groups in the Southern parts of the country demanding Biafra and Oduduwa Republic have renewed agitations for self-determination, and have called for mass protest today against the continued existence of the country.

To prevent this, some state governments have declared curfew today while the Inspector General of Police has issued warning that the police would not allow any break down of law and order.

But the Secretary-General of the Yoruba Council of Elders (YCE), Dr Kunle Olajide, who spoke to this website, said ethnic nationalism was not a solution to the problems of the country.

The YCE scribe said: ” There is no ethnic group on Nigeria of today that will not suffer severe losses  even if we all agree to dissolve peacefully.

“There are some of us that believe Nigeria can still be made great. We have not exhausted all options for restructuring.

“We will continue to clamour for restructuring for true federalism where there will be equity and justice and equal opportunity.

“If we restructure and get it right, we will return Nigeria to the path of glory. We have seen secession in the past and those of us who were old enough then saw the agony it brought to the two divides.”

Osmond Onuh, an author and public affairs analyst, spoke in similar vein. He said the only thing worth celebrating for Nigerians today is the fact that the country has not collapsed 60 years after independence.

“But even at that, there is grumbling over the Nigerian state because there are lots of cracks in the structure. And these cracks, if not properly handled, may lead to implosion. There are agitations and counter-agitations by the components that make up Nigeria. There are those who feel that they are being treated like second-class citizens as the Hausa/Fulani oligarchy continues to parade themselves as the owner of this country. The Southeast are calling for Biafra while the Yoruba are gradually resuscitating the Oduduwa republic,” he warned.

Prof. Umaru Pate, Dean, School of Post Graduate Studies Bayero University, agrees with Onuh. He said Nigerians should celebrate because they have been able to live together despite their differences, unlike other African countries such as Ethiopia, Eritrea, South Sudan, Sudan and few others.

“Secession is not a solution and mere talking of secession is an indication of frustration among some of us. Nobody in this country can tell you that he is totally happy the way things are. But that does not mean that simply because you are dissatisfied, you now start talking of dividing the country into pieces.

“My own advice is we should look inwards and see how we can amend whatever challenges that we have for the country to move forward.”

“Yoruba can still do better if we return to the 1963 regional government. The only factor that can hinder development of the region if it is created is corruption which has become a worldwide pandemic.

“We have to learn from the Biafran struggle led by Chief Emeka Ojukwu which consequently worsened the condition of many Igbo people than before. They suffered unimaginably with extreme hunger and death. They have not fully recovered from that event.  Restructuring that will give us absolute power on the security and resources of our region is what we need not secession.”

Nigeria Must Start The Process Of Healing – Buhari