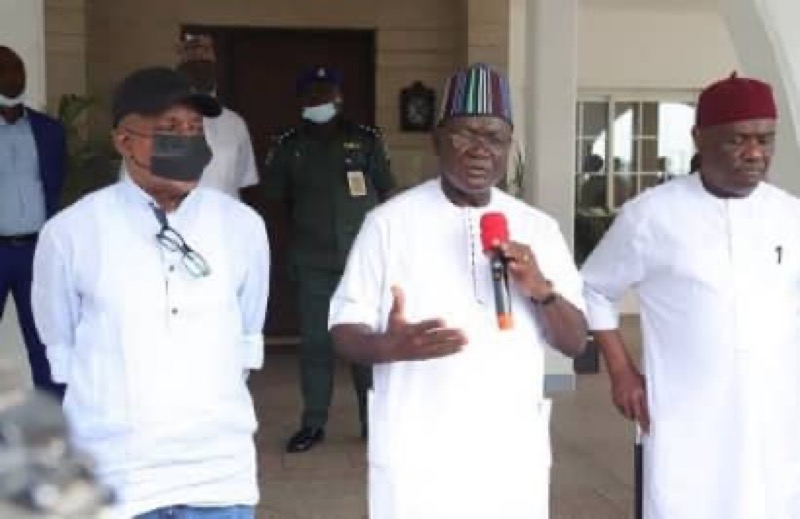 Recall that Wike had, on several occasions, publicly criticized Secondus for “poor performance” as chairman of the opposition party.

However, speaking to newsmen after the meeting, Ortom said that the three of them had conversations which revolved around building the PDP, as well as initiate strategies to reposition the party for future elections.

“It is a family meeting. We are here to strategize and reason together and see how we can make our party more vibrant because the entire country is waiting for the PDP to take over the mantle of leadership in 2023.

“So, we have to plan; we have been holding these meetings all over the country. We have been meeting in parts of the country, and on the 27th, we will also meet in Bauchi.

“It is all in a bid to strategize and give confidence to the Nigerian people who are calling on us to put our house in order so that they would join us to win elections. That is why we are here.”