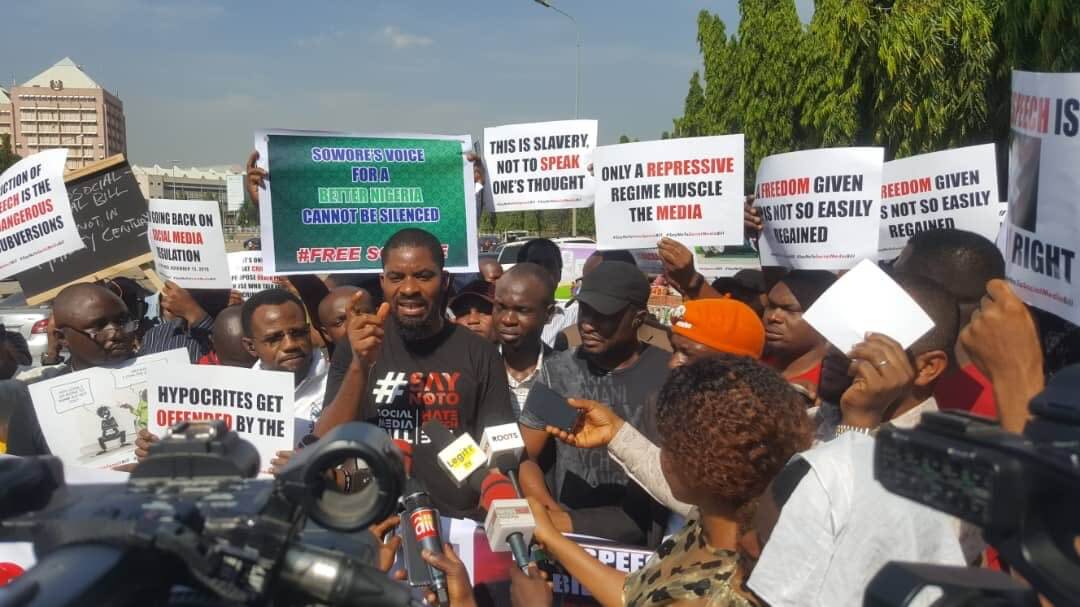 Reactions have trailed a claim by human rights activist, Deji Adeyanju, that over N40 million of his personal money went to activism in 24 months.

Adeyanju, who is the convener of ‘Concerned Nigerians’, had made the claim via his Twitter account on Saturday.

The staunch critic of President Muhammadu Buhari said while some people spend their money on alcohol, women or cigarettes, a chunk of his money goes to activism.

He tweeted: “I don’t drink, smoke or womanize. All I do is face my businesses. Only activism takes away my money. Last year, I spent over N20m of my money on activism including flying myself abroad for treatment. The year before also spent close to N20m on legal fees & maintenance in prison.”

But some users of the micro-blogging site were quick to tackle Adeyanju over the claim, w

@Bisimichaelng: “With what kind of business sir! Telling us how you spent money and what you spent on is not the stuff of a legitimate man! Tell us what you do, tax you paid and how you legitimately made the money!

@Ibnbazo: “That is to say your life is a curse. Last year you spend 20m on activism including flying yourself on treating because of a bruises you receive from patriots. You also spend 20m the year before for maintenance in prison. Stomach activist.

@StephenIkechuk4: “Someone into political hustling, that’s jobless spent N20mil in a year, and you’re talking about “activism”, while wearing a winter coat. I just hope your brain is not frozen from exposure to cold? Make it make sense.

@Bode_Alawode: “N20 million in a year under this our Baba PMB? Baba is doing well then.”

@AigbokhanEjiehi: “That’s like a N100 million since PMB came to power. And this guy lies to his followers about how hard things are. He has made that amount from perishable goods only! We shouldn’t forget that is likely from his profits. He would also have saved more than that!”

@JimiAdejare: “What do you do for living? How did you come by the millions? We know antecedents and means of livelihood if genuine activists, Gani, Falana etc are lawyers, Beko was a medics, who art thou Mr fair weather ‘activist'”