Nigerians React As Theresa May Resigns As British Prime Minister 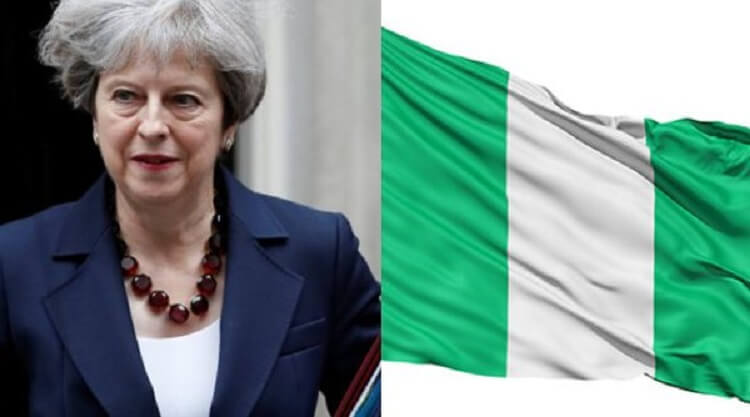 Nigerians have taken to social media to react to Theresa May’s announcement of her decision to step down as the Prime Minister of the United Kingdom.

The British Prime Minister was in tears on Friday when she announced her decision to quit on June 7, 2019, to the UK Parliament on Friday.

Her decision followed pressure mounted on her to resign due to the backlash she received from her own members of parliament who kicked against her Brexit Deal.

May said, “It is now clear to me that it is in the best interest of the UK for a new PM to lead that effort.

“I am today announcing that I will resign as Conservative leader on Friday 7 June,” said the British PM, adding that “I have agreed with the party chairman that the process for electing a new leader will begin in the following week.”

May, who regretted not being able to deliver the Brexit deal, stated that “I negotiated the terms of our exit…I have done everything I can to convince MPs to back that deal,” adding that, “Sadly I have not been able to do so.”

Meanwhile, Nigerians are taking to social media to react to May’s resignation. Some took to micro-blogging platform Twitter to criticize her proposed Brexit deal while others bade her farewell and lauded her decision to quit.

Below are some of the reactions: