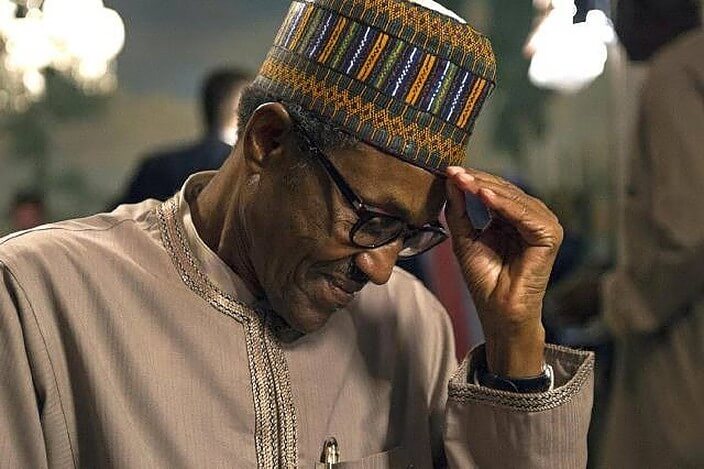 Nigeria is projected to see its worst economic downturn after recovering from the 2016 recession, underscoring the misery the Covid- 19 pandemic has added to the country’s economy.

THE WHISTLER analysis revealed that Nigeria’s misery index is currently estimated at 55.1, while it’s global position on unemployment rate rose to the fifth highest in the world.

Nigeria had a misery index score of 43 earlier recorded prior to the new official labour force report and the inflation report.

The rise is however owing to the country’s surge in unemployment rate from 23.1 per cent in 2018 to 27.1 per cent by the end of the second quarter of this year while inflation rate rose from 12.56 per cent to 12.82 per cent in July, according to the National Bureau of Statistics.

The country’s misery index calculated as the sum of inflation (12.82 per cent), unemployment rate (27.1 per cent) and the prime lending rate which according to the Central bank of Nigeria was 15.65 per cent in June 2020, and minus real per capita GDP Growth which the World Bank estimated at 0.4 per cent in 2019.

Over 21.76 million Nigerians were unemployed as of the end of the second quarter of this out of its estimated over 200 million population.

Africa’s most populous country only ranks better than Bosnia and Herzegovina with unemployment rate of 34.26 per cent, Namibia (33.4 per cent), Angola (32.7 per cent) and South Africa at 30.1 per cent.

Nigeria and South Africa are the continent’s largest economy, but South Africa slipped into recession last year, while Nigeria is projected to witness another round of recession after four years, from the 2016 recession.

Nigeria ranks 18 among countries with the highest inflation rate at 12.82 per cent out of 184 countries across the globe.

The West African Tax Leader PWC, Taiwo Oyidele said while speaking on TVC News Business Nigeria, said that there is need for goverment to act fast in addressing these challenges.

He said, “If you stick to the fact that in Nigeria we do not have social safety net which means when you are employed you take care of yourself, when you are unemployed you are completely on your own. You don’t get the support from the state or from the government.

“Therefore you can easily add up the underemployment plus the unemployment and the rate is more than 55 per cent.”

Oyedele said it is more worrying because the percentage of unemployment is highest among young people who are between the ages of 18 and 35 years, while those with degrees and qualification from higher institution have the second highest unemployment.

He said, “Because of Covid-19, it (unemployment) has further increase and if you think about it from the dimension of misery index which is essentially the addition of unemployment plus the inflation rate we have a misery index of about 40 percent.

“If you add underemployment to that you have close to 69 percent. This will make Nigeria one of the most miserable countries in the world clearly in the top ten, not only in Africa, so what does this mean.”

He said there is a correlation between misery index and crime because when people are unemployed and prices of goods and services are rising and they cannot afford basic commodities them, crime rate would surge.

However, he called for an elevated intervention in the Micro, Small and Medium Enterprises for economic development and better standard of living for the people.

Professor of Economics at the Ahmadu Bello University, Zaria, Peter Njiforti, told THE WHISTLER in an exclusive interview that the surge in Nigeria’s unemployment rate is quite alarming, but not unexpected due of the global pandemic.

According to him, the rate escalated because various economic sectors were shut down and workers became redundant.

He described Nigeria’s unemployment rate as a huge problem particularly now that many jobs have been lost due to the negative impact of covid-19.

Njiforti explained that industries and businesses were shut down as a result of the pandemic.

He said, “With some of the activities coming back, obviously jobs gradually will be created. The government too is trying in view of what the Central Bank is doing by dishing out some amounts of financial assistance to Small and Medium Scale Enterprises. “

He said when these industries fully reopen, there will be job opportunities.

He noted that government intervention has so far been good and added that there is need to do more by creating enabling environment.

According to him one of the greatest contributors to Nigeria’s unemployment is insecurity.

He said a number of Nigerians were already displaced and are unable to engage in their livelihood, which results in joblessness.

Njiforti said, “If the government decides to restore peace or make the environment safe, then obviously people will go back to their normal livelihood and it will reduce the rate of unemployment.”

The expert added that the government has to do enough to tackle Nigeria’s security issues to curb the country’s unemployment rate.

Nigeria’s Foreign Reserves Lost $316.7m In March As Battle To Save Naira…