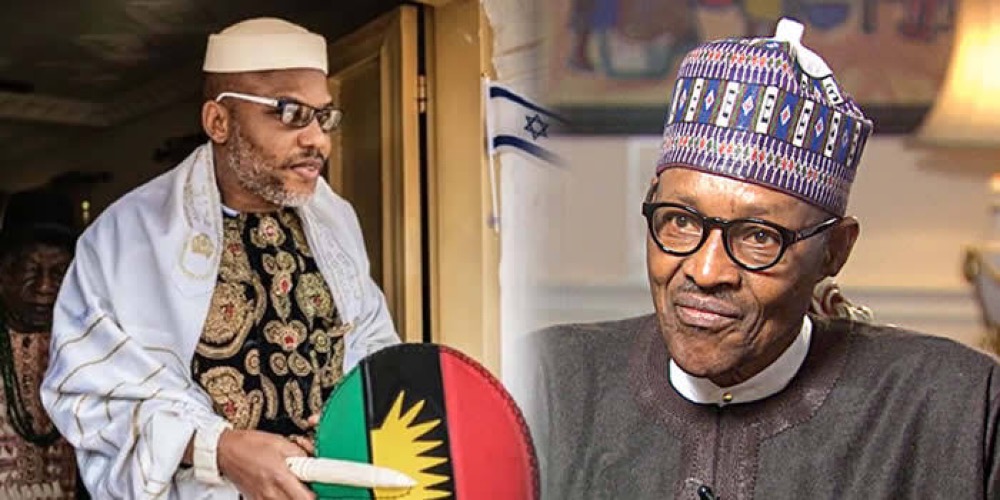 The detained leader of the Indigenous People of Biafra, Mazi Nnamdi Kanu, Friday, approached the Federal High Court sitting in Umuahia to award him the sum of N25bn against the federal government for allegedly violating his fundamental human rights under the African Charter on Human and Peoples Rights.

Kanu, led by his special counsel,  Barr Aloy Ejimakor, told newsmen that, “I am leading a team of lawyers at the first hearing of the Fundamental Rights Enforcement suit I had brought before the Umuahia Division of the Federal High Court. The matter lies before Justice Evelyn Anyadike.”

Ejimakor is asking the court to ‘redress the myriad violations that came with the rendition, such as the torture, the unlawful detention and the denial of his right to the fair hearing required by law before anybody is expelled from one country to the other’.

THE WHISTLER reports that on 19th January, 2022, the High Court of Abia State determined that portion of violation of Kanu’s fundamental rights that occurred in 2017, awarding damages against the federal government in the ruling.

According to Ejimakor, “This instant suit is as a result of my considered decision that a fresh action before the Federal High will be the best route towards addressing this matter of rendition or unlawful expulsion and its legal impacts on the prosecutorial powers of the Nigerian State.

“The extraordinary rendition of Nnamdi Kanu triggered legal injuries that cut across multiple jurisdictions both inside Nigeria and abroad.

“There are now new legal and even diplomatic issues that must be addressed in the United Kingdom, Kenya, the United Nations and the African Union. And within Nigeria, the rendition has expanded the matter far beyond the realms of the trial that lies in Abuja.”

“A declaration that pursuant to Article 12(4) of the Charter, the expulsion (or extraordinary rendition) of the applicant from Kenya to Nigeria by the respondents without a decision taken in accordance with the law of Kenya is illegal, unlawful, unconstitutional and amounts to infringement of the applicant’s fundamental right to fair hearing.

“A declaratiion that any criminal prosecution of the applicant the purpose of which the respondents unlawfully expelled the applicant from Kenya to Nigeria is illegal, unlawful, unconstitutional.”

He is also seeking ‘an order mandating and compelling the  respondents to forthwith restitute or otherwise restore the applicant to his liberty, same being his state of being as of 19th June, 2021; and to thereupon repatriate the applicant to his country of lawful domicile (to wit: the United Kingdom) to await the outcome of any formal request the respondents may file before the competent authorities in Britain for the lawful extradition of the applicant to Nigeria’.

Others are, ” An order mandating and compelling the respondents to issue an official letter of apology to the applicant for the infringement of his fundamental rights; and publication of the letter in three national dailies.

Catholic Church Asks For Prayers After Priest Was Abducted In Kaduna