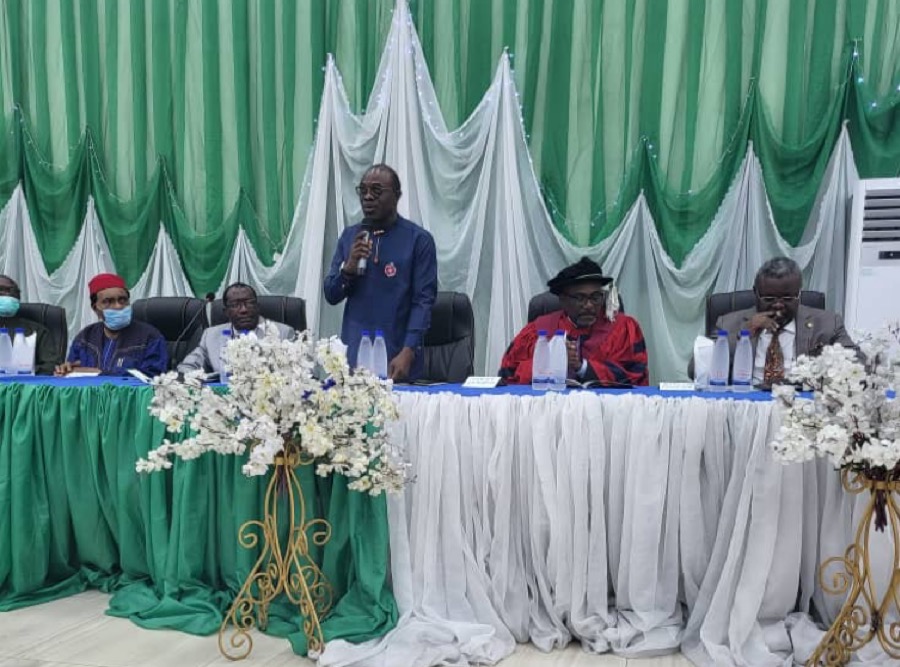 Tombomieye, who is an alumnus of the 41-year-old university, spoke during the university’s convocation lecture held at the senate chamber of its new Senate Building.

The lecture with the theme ‘Nigeria’s National Development: The Local Content Imperative” was held as part of activities commemorating the 33rd convocation ceremony of the university.

Tombomieye noted in his speech that the cost of education all over the world has continued to rise, leaving parents with the daunting task of ensuring that their children and wards get educated.

According to him, the cost of getting educated is also testing the determination of students in search of scholarship and knowledge.

While congratulating the graduands, Tombomieye reminded them that “being graduates of this hallowed institution comes with a corresponding responsibility. Already, our alma mater has built a solid reputation beyond the shores of our land and we expect you to fly the flag of this university proudly and to make it soar higher for the good of humanity.

“As you step into the real world, you will definitely face challenges that will test your mettle, challenge your beliefs and question your humanity. I firmly believe that if you hold true to the education and training that you received in this institution, that you will prevail and prove yourself against all odds. My own experience in that real world tells me that it is possible.

“The strength of your character comes from how well you react to challenges on your way to the top and not how fast you achieve success in your area of human endeavor,” he advised.

Tombomieye further seized the opportunity to laud Rivers State Governor, Nyesom Wike, on his administration’s contribution to the growth and development of the university.

He noted that the Rivers State University has made record-breaking transformation and giant strides in both national and global acclaim since its inception.

He said the university’s numerous achievements, through collaboration and continued support of the Rivers State Government, has earned it “global recognition”.

Tombomieye further underscored the importance of local content to national development, saying “It is in this spirit that we worked very hard to pass the Petroleum Industry Bill (PIB) which has been assented to by the President. The local content imperative is the cornerstone of the economic diversification policy of the present administration and I am confident that today’s deliberations will further enrich the discourse.”

Also speaking, Engineer Simbi Wabote, Executive Secretary of Nigerian Content Development and Monitoring Board (NCDMB), who delivered the 33rd convocation lecture, noted that the university has “grown organically” into a constellation of academic credence by churning out men and women of intellect, vision and audacity in the last 41 years.