No Way! Women React To Question On Whether To Divorce Husband Who Impregnates Mistress?

Relationships
By Chibuzo Kalu On Jun 6, 2019 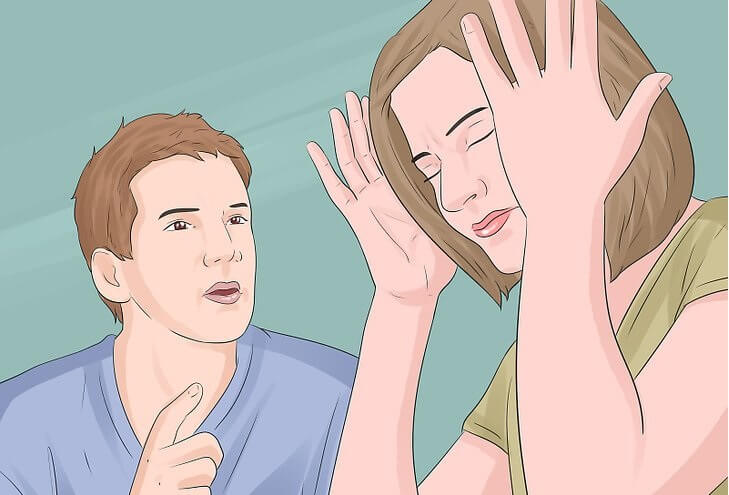 It is not uncommon for marriages to crash these days, especially when a partner in a marriage is caught cheating on the spouse. It’s even considered worse if, for instance, a man impregnates his mistress and has a child outside wedlock.

This has sparked heated debates among women and men alike about how women should respond to such affront to their marriage. THE WHISTLER went to town to sample opinions on what a wife should do when their spouse cheats on them or has a child from his mistress.

We asked some married women whether they would walk out of their marriage when their husband puts a mistress in the family way.

Mrs. Mabel Okafor a secondary school staff said she would not walk away from her marriage because someone was pregnant for her husband. “yes of course, a person is not supposed to leave her husband for a pregnant woman. The only thing the woman supposed to fight for is that she will not cohabit with her in the same house. Again, the man must cut the relationship with the other woman,’’she said.

Mrs. IVie  Ujah, a pastor’s  wife said  leaving the marriage is not the best solution. “ I will find out why he committed such offence first and also remember that you need to forgive though is very painful. Running away from the marriage may not be the best of options. Because of God, you should find out if you are not the one that opened such a door also make sure you don’t create such an opportunity by your behavior towards him’’.

Mrs. Nnenna  chidiebere , also a pastor’s  wife believe it is not good for a wife to leave her husband because of infidelity.  “God hates divorce and since we made the vow to stay together for better for worse, I would stay and work it out trusting God.”

Mrs. Adanma Okafor, a banker said she would stay in the marriage because of her children and the realization that men were polygamous in nature.

“We are legally married and the girl he impregnated is an intruder. Men are naturally polygamous in nature and no one is above sin I know my hubby has failed me by impregnating another woman but that is not the end of my marriage. Another reason why I should not leave my marriage is because I have children can’t leave my children for another woman we are married for better and worse.’’

Mrs. Enietie Ukpuho, a marriage counselor also said she would not walk out of her marriage for another woman.

“Yes, I will continue in the marriage. I know it is a betrayal of trust and it can really hurt but as a child of God we have the responsibility to God to forgive. I know of somebody who had the experience, she asked the husband to bring the child home to grow with her own children. Know that the man who does that do not fear God and leaving him is not the solution, rather prayers is the answer.’’

Mrs. Agatha Ntima, another housewife, believes in sorting out the problem. “My dear there’s nothing that cannot be fix. Absolutely YES, I will still continue with my marriage’’.

Mrs. Myne Prince Okam, a trader said “Biblically you have every right to divorce him because the Bible gave authority that it is on the case of infidelity that we can divorce. But we might still choose to forgive and keep the marriage because if we divorce we will feel hurt and if we stay in the marriage we will still feel hurt. Which is better? The man will go and start a new life with the other woman so the best is to remain and still love him. He will be surprised and will never repeat it. Also, no point rushing out of the marriage for the other woman to reap where you have labored to build. In fact, let her be frustrated out there.

Instagram Users Give Interesting Responses To Question On Relationships

Cleric Gives Tips On How To Contract Marriages That Last