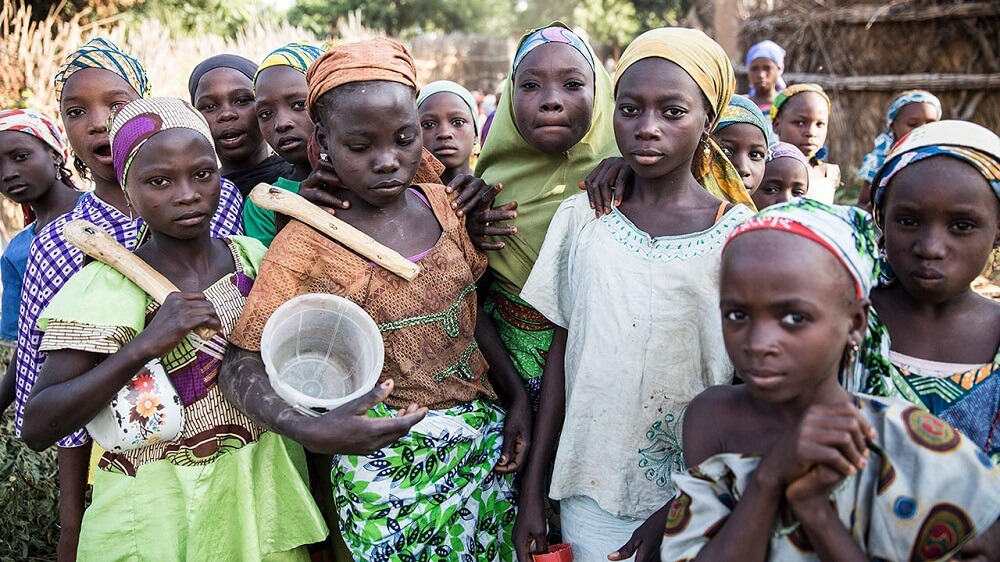 Dr. Marcus Edino, Humanitarian and  Disaster Management Professional, Alberta, Canada.,has said that the United Nations Office for the Coordination of Humanitarian Affairs – OCHA (2019) estimated that 7.1 million Nigerians remain in need of humanitarian assistance in what is now known in the humanitarian parlance as BAY states i.e. Borno, Adamawa, and Yobe.

Making the assertion on Wednesday at a paper presentation tagged “The First 100 days of Nigeria’s Ministry of Humanitarian Affairs, Disaster Management & Social Development”..

Dr. Edino however noted that the Ministry of Humanitarian Affairs, Disaster Management & Social Development was doing a good job and taking the right steps to address the situation.

He advised Nigerians to support the minister, Sadiya Umar Farooq, stressing that peoples’ support, cooperation, collaboration, and coordination are fundamental in addressing the humanitarian challenges facing the country

His words: “OCHA equally indicated that the UN and partners, in support of the Governments of Nigeria and of countries hosting Nigerian refugees simultaneously launched the strategy as well as  the Regional Refugee Response Plan, respectively seeking “$848 million and $135 million to continue providing food, water, shelter and protection to the most vulnerable people in Nigeria and neighbouring Cameroon, Chad and Niger.

“This number does not include displacements and humanitarian crises resulting from herdsmen-farmers conflict or banditry in certain parts of Nigeria, as well as another 800,000 people in areas that are inaccessible to international humanitarian actors in the northeast.”

He stressed that the fate of those in dire need in the North East region should be a reminder that it is the collective responsibility of all to end the conflict..

He said Nigeria like some countries of the world, is also threatened by disaster from natural forces as shown by the 2012 floods that  caused nearly US$17 billion in damages and losses.

“Of Nigeria’s 36 states, less than 30 percent are familiar with disaster risk reduction strategies. It is heartwarming to note the minister’s body language and positive belief in a Nigeria that will develop solution to disaster related challenges and become a reference point someday. That is the right mindset.

“Over reliance of state governments on the federal government to intervene in times of disaster is not in the best interest of the country. It is a deviation from the strategic thinking behind the United Nations Sendai Framework for Disaster Risk Reduction.”

He commended states Lagos, the Federal Capital Territory Abuja, and few  other states for good disaster management but noted the “over reliance of 180 million Nigerian’s on the federal government especially NEMA and the FMHDSD” for help in times of disaster as unsustainable.

“State governments must do their part without necessarily running to the agency at the smallest of disasters. With states not doing much, it is difficult to blame local government areas some of whose administrators are not sure of what to do before, during, and after a disaster.

“. This is an area that the new minister needs to look into. If NEMA has been unable in the past 20 years to compel state governments to act, a ministerial dialogue might make a difference. Presidential powers might be needed to make this work.

“That there are states without structures on ground to address the four phases of emergency management (i.e. mitigation, preparedness, response, and recovery) in the 21st century calls for sober reflection especially at a time when headlines from across the world are indicating that no country is immune to disaster.”

Akintoye To Lead Nigeria’s Self Determination Groups’ ‘One Million…