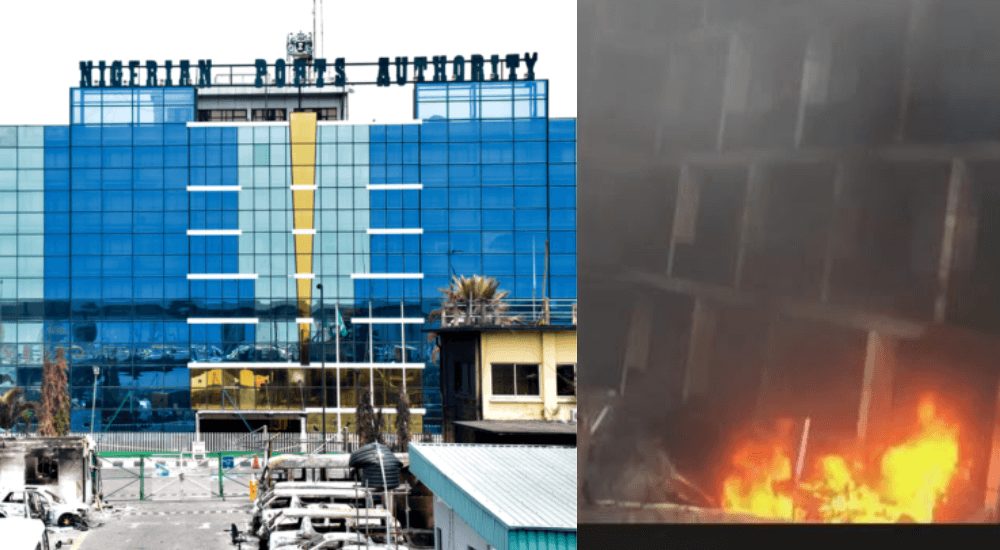 Fire reportedly razed a section of the Nigerian Ports Authority Headquarters in Lagos.

The incident which happened in the early hours of Wednesday is the second in 11 months.

During the #ENDSARS protest which was held across the country back in October 2020, protesters in Lagos set ablaze a section of the building.

The latest fire was caused by an electrical fault as the fire only affected a wing of the NPA building.

Alakija said, “In the early hours of Wednesday 22nd September, 2021 a fire incident suspected to have been triggered by an electrical surge affected three offices on the sixth floor of the Broad Street wing of the Nigerian Ports Authority Headquarters.

“Operatives of the NPA Fire Service Department immediately mobilized to the scene and promptly contained the fire.

“In line with safety protocols, the affected floor has since been cordoned off and investigations are ongoing to ascertain the actual cause of the fire.”

EndSARS: ‘There Can’t Be Peace Without Justice’–Aisha Yesufu…