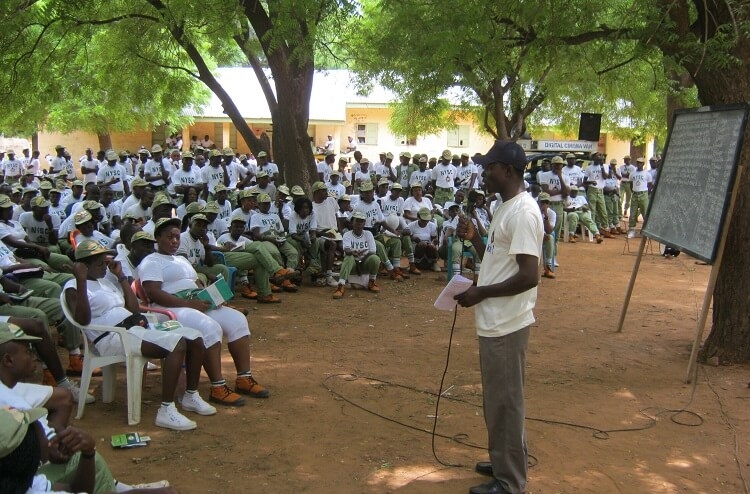 The National Youth Service Corps (NYSC) said on Tuesday that it was working towards re-opening its Orientation Camp in Maiduguri following return of relative peace to the State.

Brig:-Gen. Suleiman Kazaure, Director- General of NYSC, gave the hint while speaking with newsmen in Maiduguri.

Kazaure said NYSC was eager to re-open the camp following the return of peace to the state ravaged by the Boko Haram insurgency.

“There is relative peace now in the state, so we will like to come back as soon as possible. Remember, the Internally Displaced Persons (IDPs) are still occupying the Orientation Camp”, he said.

Kazaure said the camp would be re-opened once the IDPs were evacuated from it.

“It is only in Borno that our corps members have yet to have their orientation camp in place.

“We are ready to start our orientation the moment the State Government releases our camp to us”, he said.

Kazaure commended the corps members serving in the state for their dedication and resilience.

“If you notice, I asked them about their morale and they responded by saying morale high. That is how we measure the psychological frame of the corps members.

“Minus the camp, every other thing is in place for them. This means that they are in good spirit, they are doing well”, he said.

“I thank Gov. Kashim Shettima for that and implore other states to emulate the gesture by ensuring adequate welfare for corps members serving in their localities”, he said.

Kazaure said the NYSC was working toward setting up six skills acquisition centers across the country to empower corps members with necessary skills.

“We identified lack of trading skills as the major problem causing unemployment among NYSC members.

“So we embarked on establishment of six skills acquisition centers in all the geopolitical zones of the country to help in training these young graduates to become self-reliant.

“We have almost completed work on the center in Gombe which will serve states in the North East.

He said the NYSC authority was also working on five other centres and were near completion.

The director-general said the essence of the innovation was to produce corps members that would eventually become job creators rather than being job seekers.