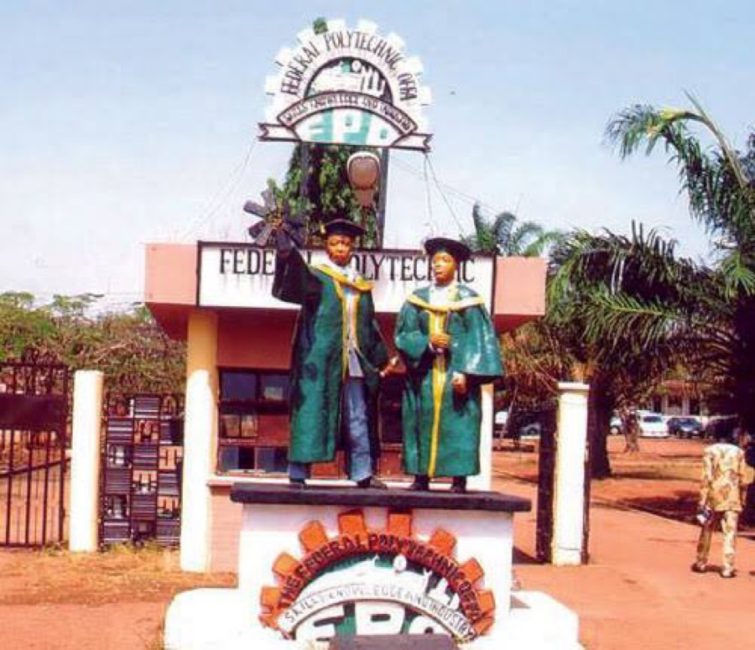 The Federal Polytechnic Offa has described the allegation by a lecturer of the institution that the Rector, Dr Lateef Olatunji, impregnated his wife as a fraudulent fabrication.

The school, in a statement by the
Director, Information, Public Relations and Protocols, Olayinka Iroye, in it’s reaction to the divorce petition filed by the lecturer, Mr Aderemi Bankole, before an Osun State High Court, Ede claimed that the lecturer had been dismissed from the school for fraudulent act and insurbodibation.

The management of the polytechnic also said the female lecturer had divorced Bankole and had since married another man who is not working in.the.school.

The polytechnic said Bankole had since his dismissal from the school resorted to blackmail to get back at the management.

The polytechnic spokesman said Bankole should be further warned “to stop further display of stupidity” as the institution would not hesitate to institute a criminal libel case against him.

The statement read, “The attention of The Federal Polytechnic Offa has been drawn to an online publication where one Aderemi Bankole was said to have urged an Osun State High Court stationed in Ede to dissolve his marriage alleging his wife of infidelity with the rector.

“We want to inform the general public that all allegations stated in the write up are fraudulently false, fabricated and of the haunting and obsess imagination of the Aderemi Bankole. The litany of accusations which are frivolous and a mere figment of his mind further exposed his psychological and emotional precariousness.

“The said Rasaq Aderemi Bankole is not a staff of the polytechnic, having been found guilty of gross misconduct, as a result of flagrant violation of the Polytechnic extant rules, and was dismissed from the Polytechnic.

“Apart from his inglorious exit from the Polytechnic, he is also wanted by TETFund for taking Oversea Grant for Post Graduate studies and failed to utilize the money for that purpose.

“Bankole should be cautioned to stop this cheap blackmail, and assassinating the character of the Rector, thus soiling the good name of the Polytechnic that fed and clothed him for over 2 decades because of his selfish and sinister motive.

“It will interest the general Public to know that Bankole’s former wife had divorced him and had since remarried to another man who is neither a staff of the Polytechnic nor anyone from Offa.”

THE WHISTLER had reported Bankole’s petition that the rector was having an affair with his wife and that the rector impregnated her when they both travelled to London for six months without his consent.

He prayed the court to dissolve his marriage to the female lecturer.He said he got married to his estranged wife at the Marriage Registry in Festac town, saying they had three children together.