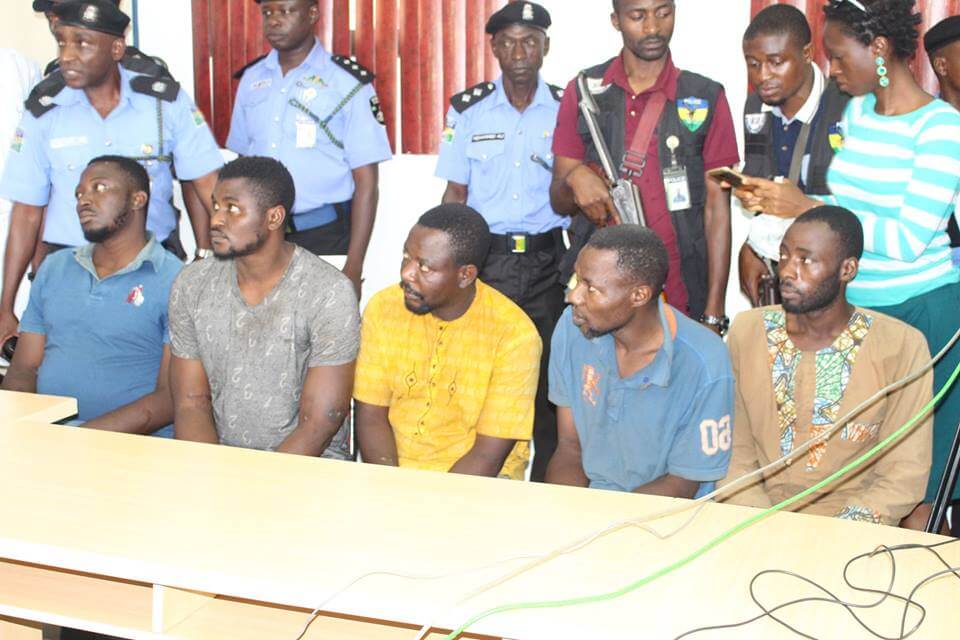 The principal suspect in the deadly Offa bank robbery, Michael Adikwu is dead.

This was revealed by the Kwara State Attorney General and Commissioner for Justice, Kamaldeen Ajibade.

Ajibade, who made the revelation on Wednesday at an Ilorin High Court before Justice Halimat Salman, said the suspect died in police custody.

Recall that no fewer than 33 people had died in the Offa Bank Robbery of April 5th, 2018.

Adikwu, a dismissed policeman, had confessed that he masterminded the robbery and killing of policemen over his wrongful dismissal from the force.

Ajibade said the news of the death of the suspects was conveyed to him by the force headquarters of the Nigerian police.

Ajibade also told the court that there would be an amendment to the charges preferred against the accused as he (the deceased) had made the statement with the police before his reported death.

Justice Salman, in her ruling, who agreed with the state Attorney General on the need to effect some changes in the charges, adjourned the case till November 30.

Police To Saraki: You Must Honour Our Invitation Or Be Forced To