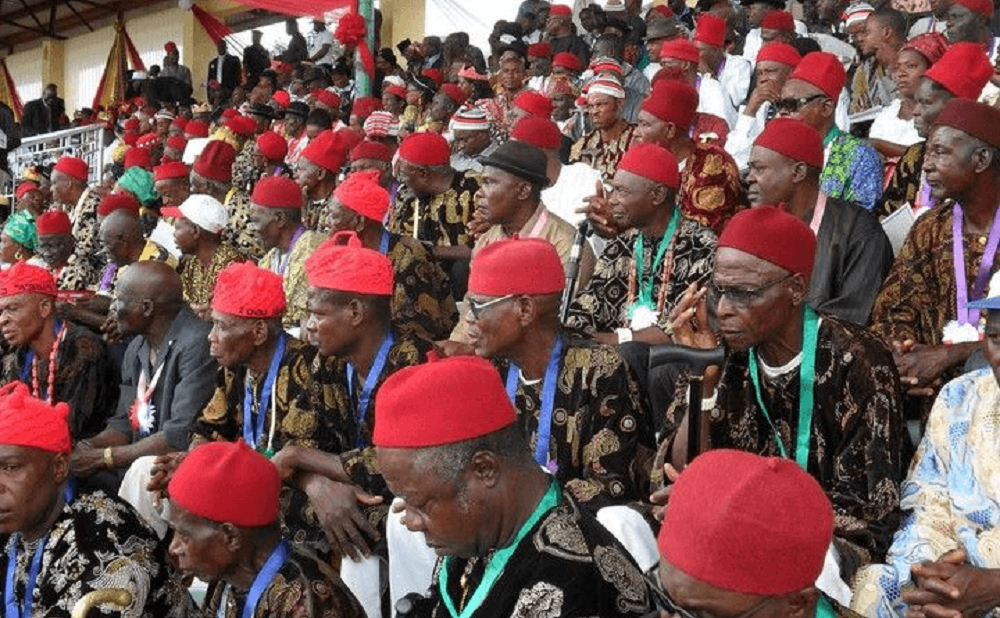 Ohanaeze Ndigbo, Sunday, told residents and visitors to South East to go about their normal businesses every Monday of the week ‘because the era of Monday sit-at-home is gone’.

This is contained in Ohanaeze’s statement signed by its national publicity secretary, Alex Ogbonnia,.

The statement encouraged all schools in the southeast to commence their usual academic activities without any fear of molestation.

According to the statement, “Transporters and traders that come to the southeast of Nigeria from all parts of the country and the Cameroons are also advised to feel free to come and transact their businesses.

“This is because the leadership of the Indigenous People of Biafra (IPOB) has cancelled the Monday sit-at-home order they had earlier issued.”

Ogbonnia said the president general of Ohanaeze, Ambassador George Obiozor, commended the ‘maturity exhibited by the IPOB during the Anambra State governorship election and the cancellation of the sit-at-home’.

The statement added, “They have indeed scored two major points: first, the Igbo detractors and doomsayers were disappointed that the election was a resounding success.

“Second is that the IPOB can listen to appeal by the elders. It is very heartwarming that Ohanaeze, traditional rulers, archbishops, governors, eminent persons, women’s groups, political class, the academia, etc in Igbo land are united in the Release-Nnamdi-Kanu-Project.

“This has proved to the skeptics that the Igbo unity is incontrovertible and that they can also be mobilized within a very short time.

“There is no gainsaying the diverse views and persuasions among the Igbo, but the maturity in the Igbo republicanism is the rare capacity to unite for a common interest any time the need arises.”

Ohanaeze called on all market associations, road transport unions, labour leaders and all the interest groups to sensitize their members towards ‘full economic activities in all parts of Igbo land on Mondays’.

Ohanaeze further stated, “As the Christmas season approaches, it is expected that the volume of business transactions will be on the increase.

“It is to the advantage of the Igbo land that financial inflow into the Southeast within the period is not encumbered by any means.

“While the huge losses incurred in the last months because of the Sit-at -home is highly regrettable, efforts must be made to ensure that further losses are averted.”