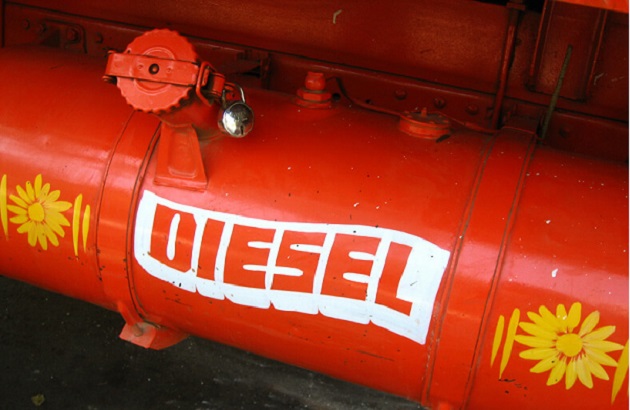 An oil thief, Abednego Ogede has bagged a ten-year jail term after a Federal High Court in Lagos convicted him for illegal and unlawful dealing in 145,000 metric tonnes of Automated Gasoline Oil (AGO).

Ogede, who was prosecuted by the Economic and Financial Crimes Commission (EFCC) had been convicted in absentia in December 18, 2018 by Justice Rilwan Aikawa.

In a statement posted on the Facebook page of the EFCC said Aikawa had on December 18, 2019 pronounced the convict alongside a vessel, MV Shirley and a company, Sagwe International Limited, guilty of all four counts of conspiracy, illegal and unlawful dealing in 145,000 metric tonnes of Automated Gasoline Oil (AGO) brought against them.

The statement reads briefly: “Upon declaring the convict guilty of the charges, the EFCC prosecutor, Rotimi Oyedepo, had urged the court for forfeiture of the vessel and the company charged with the convict to the federal government of Nigeria. He also pleaded with the Court to empower all security agencies to arrest the convict and bring him to court for the purposes of sentencing him.”

Oyedepo informed the court of the convict’s arrest and urged the court to sentence him as prescribed by Section 1(17) of the Miscellaneous Act, 2017.

“The court had on December 18, 2019, convicted the fleeing convict and directed various security agencies to see to his arrest.

“He has been arrested after he was smoked out of hiding by the police.

“We urge the court to sentence him according to section 1(17) of the Miscellaneous Act”, Oyedepo stated.

Responding to the prosecutor’s request, the convict’s counsel, A. Joseph, pleaded with the court to consider Section 312 of the Administration of Criminal Justice Act (2015), in sentencing his client.

He pleaded with the court not to take the disappearance of the convict into consideration during judgment, which he described as product of fear.

“In line with Section 321 of ACJA, I urge the court to tamper justice with mercy. He has erred by running away and that is a product of fear.

“I urge the court not to look at his running away but to consider that he’s a father with children, who depends on him for survival. If it is possible to convert the prison term to fine, we’ll be grateful.”

“It is a serious offence for someone dealing in petroleum products unlawfully. Consequently, the convict is hereby sentenced to 10 years imprisonment in count one, two, three and four.

“The jail terms shall run concurrently and effective from today.”