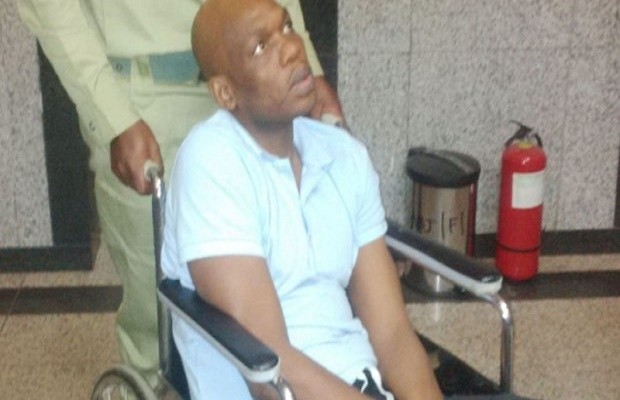 The federal government, on Wednesday, dismissed social media reports which claimed that terror suspect, and al­leged mastermind of the 2010 Independence Day bombing, Charles Okah, had died while in police custody in Abuja.

A statement issued by the Nigerian Prisons Service (NPS) spokesman, DCP Enobore Francis, yes­terday in Abuja described the report as a figment of the imagination of the authors.~

The statement read, “I wish to react to the numerous calls from media correspondents seeking clarifications into the rumoured death of Mr. Charles Okah in prison custody and state that the information is not true.

Debunking the speculations, the service categorically stated that Okah is alive and in good health.

“Okah is hale and hearty and going about his normal daily routine in safe custo­dy. The rumour has no iota of truth and should there­fore be disregarded,” the statement read.

You will recall that on Tuesday, Charles Okah, a brother to Henry Okah, leader of the outlawed Movement for the Emanci­pation of the Niger Delta, MEND, had attempted sui­cide inside an Abuja court­room.

He had prayed the judge’s permissions to speak on what he termed “endless trial” as his counsel was absent in court.

The judge however granted the oral application and per­mitted Mr. Okah to speak for about five minutes.

Okah said, “I have been incarcerated for about five years now and I have a fam­ily to cater for.

“My children would grow up without feeling the warmth of their father and I am tired of this endless trial.

“I really do not know what I have done to be treat­ed this way.

“Is it not better to die than to wait and be messed up this way?” he asked.

Okah thereafter took a chair and made for the window to jump down the three storey building.

Following this suicide attempt, Okah was consequently ru­moured to have died yester­day in prison.