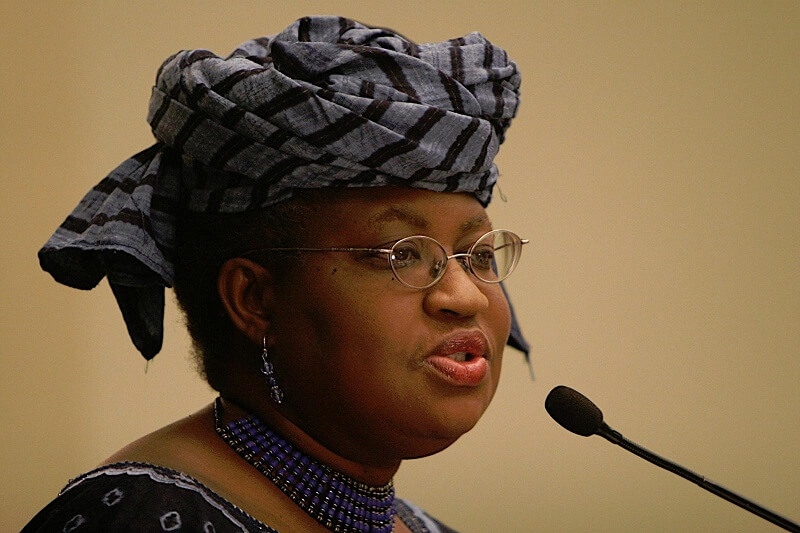 Nigeria’s former Minister of Finance, Dr. Ngozi Okonjo-Iweala, has been re-appointed as the Chair of Gavi, the Vaccine Alliance, the company announced Monday.

The former Managing Director of the World Bank was re-appointed for another three-year term.

Founded by Bill and Melinda Gates in 2010, Gavi is public–private global health partnership set up with the aim of saving children’s lives and committed to increasing access to immunisation in third world and developing countries.

“Since her appointment in 2016, Dr Ngozi Okonjo-Iweala’s leadership has enabled the Alliance to further its engagement with developing countries and for partners to scale up and finance immunisation programmes, while fostering public-private initiatives to improve access to healthcare for those most in need. Dr Okonjo-Iweala has also been an instrumental advocate for the positive economic benefits of vaccination,” an official statement from Gavi reads

“The direction she has provided to the Gavi Board has been critical in the implementation of the Gavi 2016-2020 strategy, which aims to support the vaccination of a further 300 million children against life-threatening diseases, preventing 5 to 6 million deaths.”

Responding to her re-appointment, Okonjo-Iweala said: “I am greatly honoured by the confidence the Gavi Alliance Board has placed in me and as Chair of the Board I am excited to be given the opportunity to continue to dedicate my work to that greatest purpose of protecting the lives of millions of the poorest children in the world with life-saving vaccines.

“Universal access to immunisation will play a fundamental role in bringing about healthy, resilient populations and in ensuring that we develop stronger economies as we face the challenges of the next century.”

Dr. Seth Berkley, the CEO of Gavi, was offered a four-year extension at the helms of affairs of the organisation; whilst Gunilla Carlsson, former Swedish Minister for International Development Cooperation, was freshly appointed as the new Vice-Chair of Gavi’s Board.

Patience Jonathan Alleges Plot By EFCC To Assassinate Her