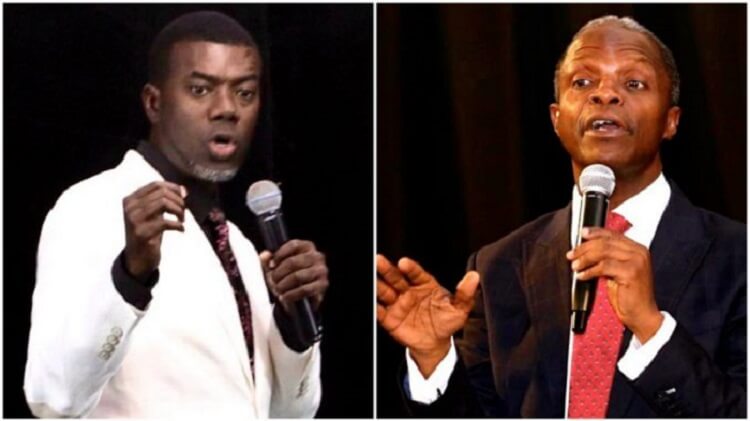 The ex-presidential aide equally said the Vice President allegedly shies away from the killing of Christians on a daily basis, yet speaks ill of former President Goodluck Jonathan, frequently.

Omokri tweeted on Wednesday: “Even when radicals killed Eunice Elisha, a fellow RCCG pastor, Osinbajo said NOTHING. Is it Leah Sheribu that he will now speak up for? He is too busy reducing himself to EFCC’s spokesman to notice that under Buhari, the Nigerian Church is facing the worst attack in its history!

“Osinbajo’s loyalty to Buhari appears more total than his loyalty to Christ. Jesus told us to speak for the weak. Who can be as weak (in body, but not in faith) as Leah Sheribu. Everyday Osinbajo speaks in defense of Buhari. Why can’t he lend his voice to also speak up for Leah?

“Osinbajo DID NOT speak when: * 2 priests and 17 parishioners were killed in Benue. * Bridget Agbahime, was beheaded in Kano. * Pastor Eunice Elisha was killed in Abuja, and * herdsmen killed 73 Christians in Benue. Yet daily, Osinbajo speaks loudly against Jonathan and the PDP.”

Some Nigerians who reacted to Omokri’s tweet shared similar opinion with the former presidential aide.

Osinbanjo loves to walk in the counsel of the wicked and the ungodly….

Remove the tag “pastor”,that guy is the most desperate person ever that want to get power by virtue of https://t.co/aP20JNJDsS one is ready to listen to their political permutations anymore. Nigerians will only vote wisely this time.Project Get GEJ out 2015 was their Achievement

Prof Osibajo is gradually and steadily losing credibility as a man of the altar. Dallying with bigots does that to one.