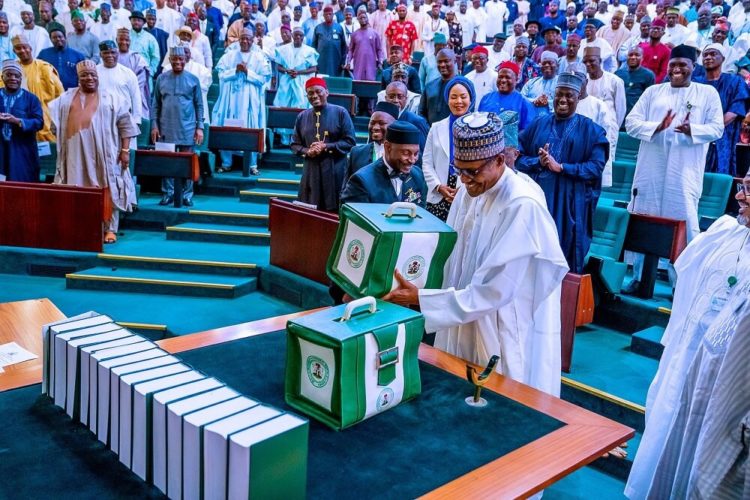 Civil Society Organisations have advocated the need for citizen participation and transparency in the national and sub-national budget process.

Speaking at the National launch of the 2020 Nigerian states budget transparency survey report in Abuja on Wednesday, the Executive Director of the African Centre for Leadership, Strategy & Development (Centre LSD), Otive Igbuzor said that focus on budget has assumed greater prominence in recent years.

According to Igbuzor, the budget remains the most important instrument for the development of any modern state apart from the constitution.

He said, “While there were significant improvements in budget transparency in 2020, improvements in public participation in the budget process in Nigerian states were not as extensive. The average score of the 2020 State Public Participation Index increased to 26, (nine points higher than the 2018 average of 17) .

“The majority of these improvements in opportunities for public participation occurred during the formulation stage of the budget process; spaces during budget execution and audit remained minimal, at best.”

The report which was launched by the Civil Resource Development and Documentation Centre in partnership with Foreign, Commonwealth Development Office showed that Jigawa State continued to be at the top of the participation sub-index. The State’s score decreased by 15 points.

Kaduna and Ogun ranked second and third with scores of 56 and 51, respectively with new practices.

On the procurement process in Nigerian, Igbuzor noted that states have continued to be more robust and open than in previous years.

He said the level of transparency has helped to promote prudent public contracting which is crucial to ensuring that funds meant for procurement of goods and services are spent efficiently and effectively to combat the health and economic effects of COVID-19.

“It is important to note that the efficacy of the budget determines the success of governments in meeting societal needs. There is a process of making a budget which should be open, transparent and participatory in order to bring about development.

“Unfortunately, despite the enormous resources in Nigeria, the country and its people are poor because of corruption, secrecy in the budget process and poor public finance management. This is why open budget is a necessity for development in Nigeria.

The Executive Director, CIRDDOC Nigeria, Ral Nwankwo-Obioha in her remark said that the report showed states’ improvement in budget transparency and procurement process.

Represented by Ifeoma Nmaduko, the Executive Director explained that the States’ Budget Transparency Survey aims to promote accountability in government.

She said, “Budgets are very technical by nature. Budget debates are often relegated to economists and other experts, limiting the broader public’s input on the sources of public resources, how these resources are spent, and who benefits from public expenditure.

“Budget debates, however, shouldn’t be limited to experts. All citizens have the right to participate in the budget process and to know where public resources come from, how they are spent, and how expenditure is linked to achieving development goals.”

According to the report, only few states have regressed since 2018, with Delta and Lagos state scores decreasing by 21 and 22 points, respectively for failure to publish budget documents online and closed spaces for public participation.

With a score of 90, Jigawa performed best on the Index, as they did in 2018. Jigawa State continued to provide citizens with extensive budget information.

Similarly, Akwa Ibom, Ekiti, Kaduna, and Ondo States each scored above 60, meaning they provided significant budget information, spaces for public participation throughout the budget process, and information on procurement.”

Only Oyo and Zamfara States provided almost no budget information, and had non-existent spaces for public consultation, and opaque procurement processes.