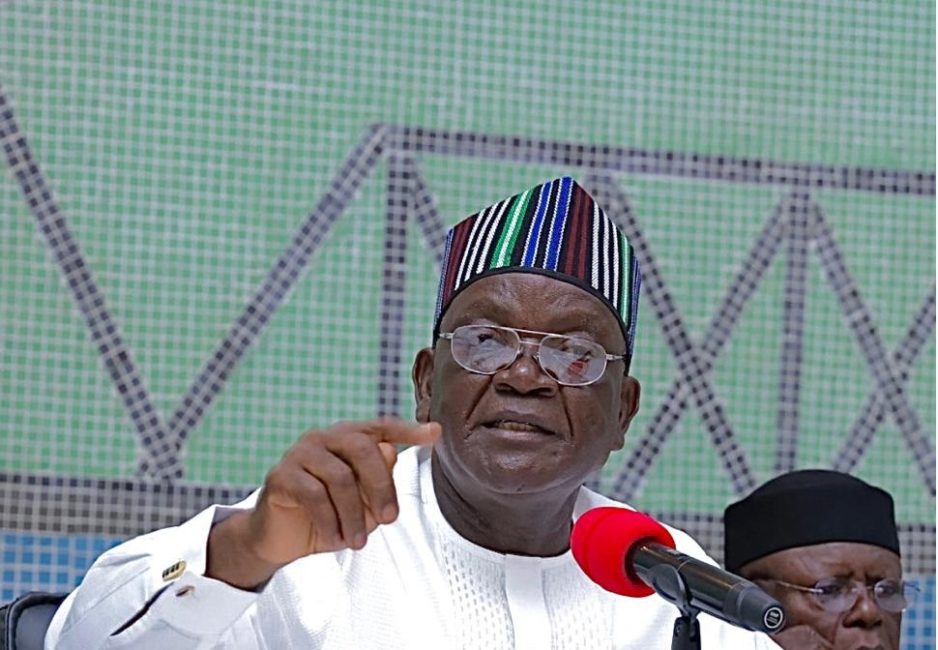 Dr Samuel Ortom of Benue State, Saturday, promised to appear at the International Criminal Court at the Hague to answer charges on the 25, 000 cows his administration allegedly seized from the Miyetti Allah Kautal Hore.

Ortom stated this in a release by his special assistant on media, Mr Nathaniel Ikyur, made available to THE WHISTLER in Makurdi.

Miyetti Allah, through its secretary general, Alhaji Saleh Alhassan, claimed to have approached ICC at The Hague to file charges against Governor Ortom for allegedly seizing over 25,000 cows belonging to his members and detaining over 4000 herders.

Ortom expressed his readiness to meet them at ICC.

According to him, “Tell Miyetti Allah and all its leadership that I am ready to meet them in court, anywhere.”

According to him, as the governor of the state, he was executing a law suit enacted in the state.

He said the law was enacted in good faith and ‘it remains a win-win for the herders and farmers’.

According to him, “Unfortunately, what we see is that the terrorists come with the sole intention to take over our ancestral lands and not to graze.”

The governor said the passage of the law was part of measures to end the invasion by the armed Fulani herdsmen and halt farmers/herders’ clashes in the state.

He said, “The implementation of the law banning open grazing of cattle in the state is irrevocable. Let those who are threatening to take me to court understand that every law is meant to be obeyed.

“For the avoidance of doubts, Benue people agreed for the law to be implemented. We are therefore enforcing the law.

“And anybody willing to do business in the state must abide by the law. I have done what is right and legitimate to protect my people from further killings. That is what constitutional democracy demands.

“Istead of Miyetti Allah directing their members who wish to live and do business in Benue State to abide by the law, they have continued to sponsor acts of terror against Benue people, killing and destroying properties worth billions of naira.

“As we speak, there are over two million of our Benue people living as refugees in IDP camps.

“It is laughable to say that Benue State officials of the Livestock Guards go into Taraba or Nasarawa States to impound cattle. We know the boundaries between Benue and other states.

“As such, our officials do not go outside of the state boundaries to make any arrests of herds of cattle that violate our laws.”