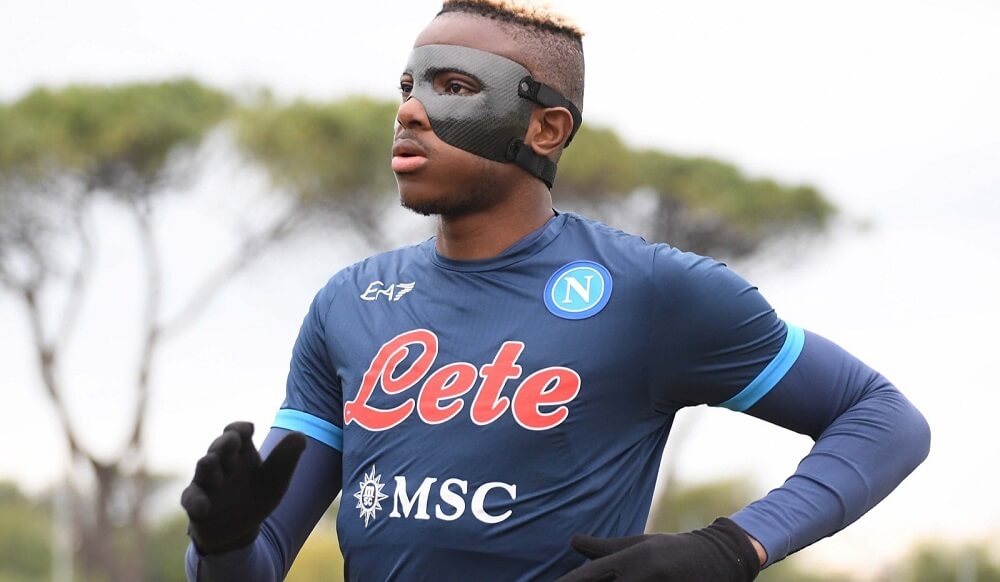 The development is a massive blow for the national team who are ten days away from the African Cup of Nations opener in Cameroon.

The Italian club confirmed on its website on Thursday that the striker is asymptomatic and has begun a period of self-isolation.

The club said, “SSC Napoli have announced that Victor Osimhen has tested positive for Covid-19 but is asymptomatic. Dr. Tartaro was due to perform a check-up on the player tomorrow.

“Consequently, the local authorities have ordered that Osimhen self-isolate and the check-up will be rescheduled after he has tested negative and his period of isolation ends.”

Osimhen who turned 23 on December 29 is expected to boost the attack line of the three-time African champions in Cameroon.

The striker could miss the Group D fixtures against Egypt on January 11 and Sudan on January 15 at the Roumde Adjia Stadium in Garoua.

The player was picked by Augustine Eguavon as part of the 28-man team, but has not been competitive since last month following a head collision with Inter Milan’s Milan Skriniar at San Siro.

“I will be available for Afcon at 100% unless I am not among the players picked to represent Nigeria,”  he posted on his Twitter on December 21.

The club also made the disclosure on Thursday.

In Barcelona, Sergino Dest, Philippe Coutinho, and Abde Ezzalzouli have also tested positive for the virus.

Messi Tests Positive For Covid-19 Ahead Of French Cup