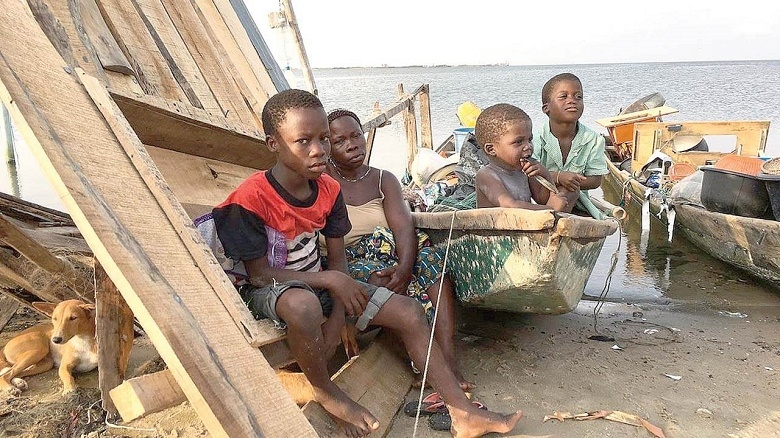 In a landmark ruling on Wednesday, June 21, 2017 a Lagos High Court sitting at Igbosere ruled that the forcible eviction of tens of thousands of people from Otodo-Gbame, a waterfront slum in Lagos, is unconstitutional.

Ruling on an application by 33 applicants on behalf of themselves and other residents of the 12 settlements affected, Justice Adeniyi Onigbanjo said the rights of those evicted, such as the residents of Otodo-Gbame, had been violated as there was no resettlement plan in place.

In March, the homes of about 5,000 people were razed to the ground, with reports of people being chased into the water on boats, with cases of pregnant mothers giving birth in the open and many pushed in rickety boats into the Atlantic.

The judge ruled in their favor, saying that the eviction of their community violated their rights because there was no resettlement plan in place.

The High Court had adjourned the judgment to May 25 to determine its jurisdiction to entertain the matter.

Residents of the Otodo Gbame Community in April had sought for the committal to prison of Governor Akinwunmi Ambode, Lagos State Commissioner of Police Fatai Owoseni and two others for contempt.

In his ruling, Justice Onigbanjo held that the governor in section 308 of the 1999 constitution as amended has constitutional immunity from prosecution and from being sent to prison adding that the court lacked the jurisdiction to entertain the application against him.

Reacting to the development, Betty Abah of CeeHope Nigeria, a non-governmental organization that has been canvassing for the poor in challenged communities like Otodo-Gbame said in a Facebook post: “The overlords of #Lagos must have realised now that #OtodoGbame news outweighs #LagosAt50 for which they splashed billions. God loves the poor!”

Also on the ruling, Benjamin Ocholuje Odeh expressed regrets at the attitude of the Lagos State Ministry of Justice when the matter was brought for alternative dispute resolution as the officials of the state ministry refused to show up.

“Great judgement!!! This case was initially assigned to me for mediation at the Lagos State Multi door Court House. Unfortunately, Lagos State Ministry of Justice blatantly refused any form of settlement with the settlers,” he posted on Facebook.