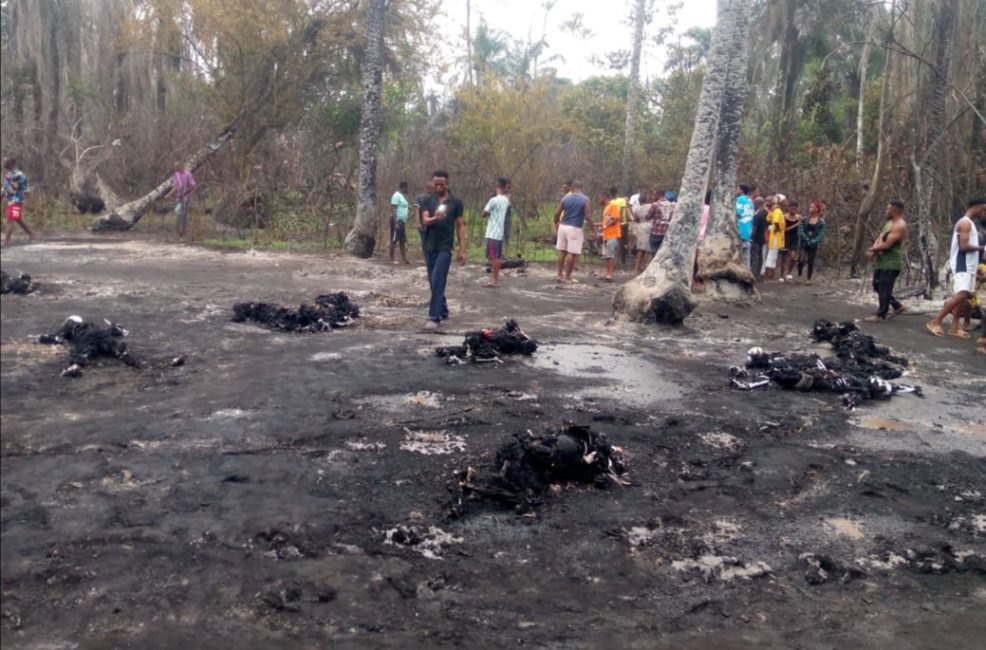 No fewer than 100 persons are feared killed in Abaezi forest in Ohaji-Egbema Local Government Area of Imo State after fire engulfed an illegal oil refining site located there.

Sources said the fire which started at about 11pm on Friday night also left about 150 people with various degrees of injuries.

The state’s commissioner for Petroleum Resources, Goodluck Opiah, who visited the scene of the incident on Saturday, said the number of people killed in the fire could not be ascertained as some of them have been evacuated by their family members.

“At the moment, I can’t really confirm the number of the deceased because many family members have removed the corpses of so many others.

“Apart from this calamity, the act has destroyed the aquatic life of the community. Our people before now were predominantly farmers and fishermen.

“Look around, you’ll find smoke coming from this illegal act. If this is not enough for any person to stop, I think the community is heading for what I can’t describe.

“Most of the people who are engaging in this act are from Rivers, Bayelsa and other neighboring States and it is sabotage for our people to allow this illegal act to continue.

“I wish to appeal to our youths to desist from making themselves available for this illegal act. This is a suicidal business they got themselves into.

Alaafin To Be Buried At Night- Oyo Mesi