Over 50% Of Women Battered By Their Husbands—Odiegwu, Mental Health Therapist 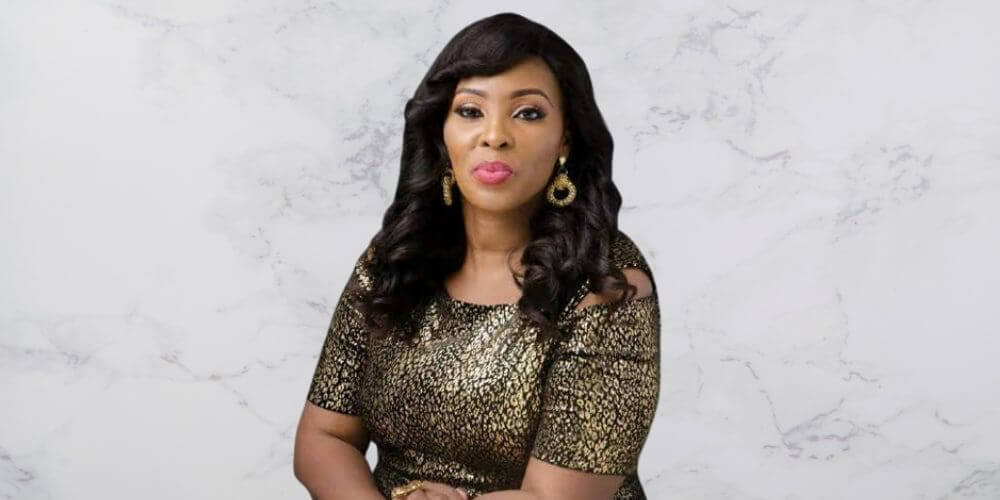 In this interview with THE WHISTLER, a Mental Health Therapist and Founder of Purple Lifeline Connection, Mima Odiegwu spoke on mental health issues in Nigeria and why the government should implement the recommendation of the Independent Corrupt Practices and Other Related Offences Commission that those seeking political offices should undergo psychiatrist test. EXCERPTS…

From statistics, what is the percentage of people with mental health issues in Nigeria?

The only one I have is not recent and we are still waiting for World Health Organisation and United Nations statistics, the current one for 2021 that is going to be done this year. But from the little that I have, states that 50 per cent of women are said to have been battered by their husbands at one point or the other in their lives while there’s also a 60 per cent ratio of children that have been battered and abused and for the men, we have 25 per cent.

The first thing is lack of knowledge; we are illiterate in a lot of ways. If you raise a child to believe that aggression and violence are the way to sorting problems, that’s what he’s going to take into the world. He batters his wife and by extension, he batters his children and raises further monsters that will grow into bigger problems. so first of all, our upbringing and the way we think, and our mindset have to change.

The second thing is literacy; being uneducated just puts you at a disadvantage because you don’t even know what is bad and what is good and whether you can get held for it. For the area of the government, there’s a lot the government is ready to do. Advocacy is very critical.
Government should support NGOs and people like us that are trying to do something about it. The police and the justice system should also count down seriously on people that are domestically violent or abusive in any way.
Finally, I think that you and I, everyday people, if you see your neighbor being abusive don’t keep quiet about it. if you see your friend going through it, don’t keep quiet. the issues of financial abuse, people staying in bad marriages and bad relationships because they are financially handicapped, they don’t have money to survive and this their abuser is the person they are solely dependant on, that is also a factor. So the government can come in from the area on making it economical for all of us. Especially for women who are always at a disadvantage position.

You spoke about illiteracy as one of the major reasons why people are abusive. But we also get graduates who batter their wives, what do you say to this?

I said that as one of the reasons. When you are illiterate, you can’t even have access to the internet. For example, if your husband is beating you and you are looking for an NGO or a place to run to when you are illiterate, you don’t even know how to read and write. So, how do you even think about using the internet to locate a shelter, for example, to get an emergency number that you can call. It is not educated people who are not being battered, domestic violence cuts across broad but illiteracy are one contributing factor among other things.

How many victims have you been able to help out since you started this your advocacy programme?

Nothing less than 600 to 700 people nationwide and in other countries because I travel far and wide as well. We offer counsel to politicians, to the people in prison, to everyday people and I am a therapist. So, I work with a group of therapists and we provide care, I work with psychiatrists, we have doctors inhouse, I run a hospital, I own a hospital as well with my husband and so when we have cases of suicide, there’s space for patients to be kept under suicide watch. We have cases of mental health that have generated really bad episodes, we take care of that as well.

Do you have cases of men who have been abused and how do you get the men to talk about their abuse experiences?

It boils down to our mentality, that advocacy is key. You in the media play a big role in sensitizing our people. There’s nothing shameful about coming out to say my wife is abusing me, there’s nothing shameful in getting help especially maybe you know your wife is even having a mental problem and she needs to get help. So, it is critical why we do what we do on TV, on the radio, and we liase with people like you because what is critical is that we begin to pass a message and for mothers of today.

We teach our boys not to raise their hands to hit women but we don’t teach them what to do if women hit them and so you see a man suffering in silence. they’re beating him but because he’s been trained not to touch a woman, he continues in the abuse until something terrible happens. So, it still boils down to advocacy and sensitizing the public.

What is your organization doing to get across, connect, and sensitize those that are in the rural areas?

When you see somebody being abused by the husband and you decide to report it and the abused person denies it, what do you do?

I have heard that a lot. Unfortunately, there’s not much you can do until the person being abused is willing to speak up, you cannot prove case of domestic violence when the woman says I fell, I had an accident, my husband did not beat me.
You can only try, you keep trying, unfortunately, you see our sister (Osinachi) that a lot of people tried to help, a lot of people talked, people advised, people tried to get her out of it even her children, but she kept on praying and hoping that this man will change and ultimately we lost her. So, it’s a difficult thing for you and me even if you want to help, but the person does not want or willing to accept that help, there’s not much you can do.

What is your take on the suggestion by the Independent Corrupt Practices and Other Related Offences Commission that politicians contesting for political offices in the 2023 elections should be subjected to psychiatric tests?

I think it’s a fantastic decision, that is the truth. A lot of time, many of us are not stable mentally and we don’t even know. Our idea in this part of the world of being unstable is when you take off your shirt and start running on the street or something, that’s when they will agree that there is something wrong. There are different degrees of mental health. There are people that are narcissistic, there are people that are by nature or by their genetic modification or creation not okay upstairs. Our politicians are the people we leave our country in their care in trust, we do and have to, especially because of history and how things have been going on so far for us. I think we must do such an evaluation because we have seen politicians that are fighting, punching each other practically in the House of Reps and also the Senate. That should tell us that not everybody is okay and not everybody is qualified to be in a government office.

So, if we evaluate them, it will go a long way to help but then again, this is Nigeria, who is going to do that evaluation and how much money can they pay the person to keep quiet even if the person sees that something is wrong. Ultimately, as a people, we also have a very poor culture when it comes to mental health and getting therapy, doing counseling, going to a professional saying my marriage is going through something let me get help; all we would say to each other is pray.

All you may need is just a few weeks of counseling and your marriage will be alright. All you may need as a person struggling with emotional trouble, dealing with addiction, or whatever it may be, let us develop a culture of seeking professional help. Use the social media, use your internet, look for help and you’ll see

Nigeria is facing a high rate of insecurity, can such have any negative impact on one’s mental health?

Definitely. Let’s look at a typical scenario where we have a young man born into a family and his mother has 12 children, the father has 3 other wives and has up to 40 children. First of all, food is a problem, attention is a problem, many of them are born and there’s vitamin deficiency because even for the pregnancy, anti-natal wasn’t done properly, immunizations were not taken, from an early age.

This person is already dysfunctional, grows up in an environment that is not conducive or habitable at all for a child, the child grows up and becomes desperate in life, starts to do drugs, starts to take alcohol, starts to go off the rail. This is when they can now tell him to come and strap a bomb around your waist and pay N500,000 to your family, he has nothing to live for so he will go.

And some people are wicked by nature, this is why you hear that they can kidnap a pregnant woman, rape her, molest her, only a mentally derailed person, someone that is broken, someone that is not well that will go-ahead to start a war and go around hurting people

N5 billion Fraud: Stella Oduah To Be Arraigned In October