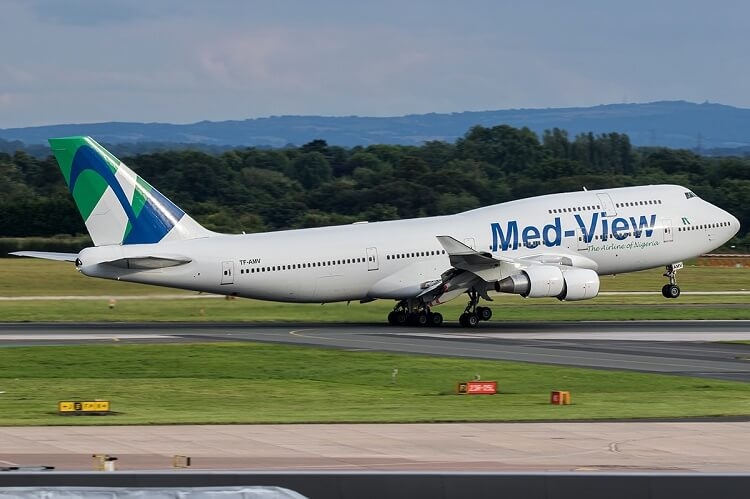 There was panic aboard Medview Airline flight enroute Abuja from Lagos after the plane was suspended midair.

It was learnt that the plane, with flight number VL 2102, developed a fault on air, after flying for just a few minutes.

A passenger on the flight who spoke to newsmen after the incident said passengers suspected the plane was faulty before takeoff.

According to him, they continued with the flight which had 105 passengers aboard, following assurance by the pilot and the crew that all was well.

“A few minutes after take-off, the plane had to return to the Lagos Airport due to the problem.

“They want to kill over 100 passengers with their faulty plane” another passenger, Oladejo Olowu, said.

Recall that yesterday, a Boeing 737 aircraft belonging to Air Peace on Monday suffered a burst tyre while preparing for take-off at the Murtala Muhammed Airport, Lagos.