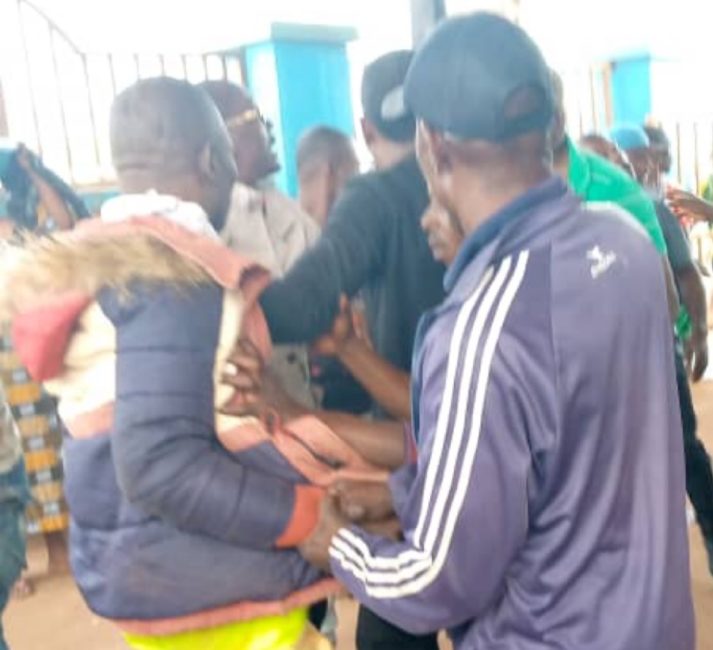 A young man whose identity was unknown was on Sunday morning, beaten up at Peace Park, Nsukka, for punching a driver of the company on the face.

The driver had loaded to Enugu, and was hit by the young man while driving out of the park.

The driver managed to disembark from the vehicle and began a fight with the man who had assaulted him.

However, the young man was overpowered when angry passengers swooped on him. Some drivers of the company also came to the rescue of their colleague, and contributed in beating the young man.

One of the passengers told THE WHISTLER that, “Whatever the provocation, the young man had no reason to attack a driver who was driving out.

“What if the bus had collided with another one in the process of the confusion?”

A female passenger added, “The driver might have provoked the young man, but his approach was uncivil. He would have reported to the management. He was beaten thoroughly, and I advise him to see a doctor.”

The victim was heard screaming ‘I go die, I go die’ while blows were raining on him.

He was later taken to the office of the manager for interrogation.

“The passengers of the bus were later loaded into another bus. The driver might also need treatment,” said an okada rider that witnessed the incident.