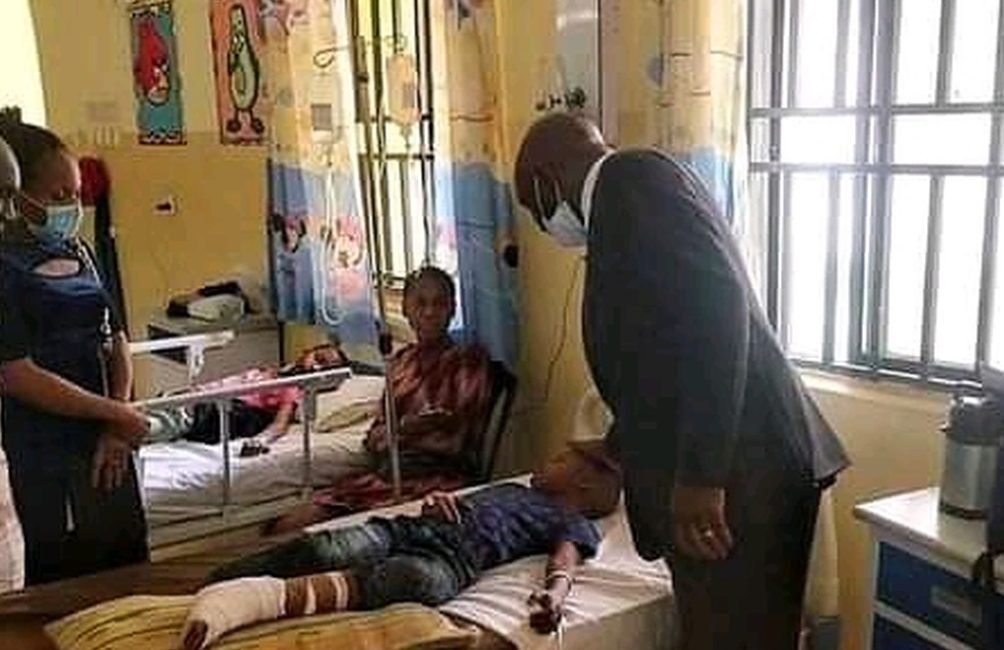 He was seen praying for those injured at a medical facility

The one-storey building which housed the church alongside other tenants, located opposite Rain Oil Filling Station by Okpanam Road Asaba, Delta State capital, collapsed on Tuesday.

THE WHISTLER learnt that before the unfortunate incident, there was an ongoing reconstruction work at the building where the children section was located.

Though it is unclear the cause of the collapse and the exact number of casualties recorded, the Delta State government has stated that it would get to the root of the matter.

The church in a press release on Wednesday confirmed the incident and promised to conduct a thorough investigation while offering prayers to the victims of the incident.

“Salvation Ministries is aware of the incident that occurred on the 11th of January 2022 at Okpanam, Asaba Delta State, Nigeria, in a one-story building which the church occupies the first floor as a tenant with other tenants occupying the ground floor.

“The church is currently working with relevant authorities in investigating the cause(s) of the incident.

“Our immediate thoughts and prayers are with the persons and families affected by the incident, and the church is committed to providing all necessary support, while investigation is ongoing. God bless you.”

Kemi Olunloyo ‘Healed’ By Pastor Who Sent Her To Jail

Suspected Oil Thieves Wanted By Wike On The Run