Patience Paul: Another 14-Year-old Girl From Benue Abducted In Sokoto 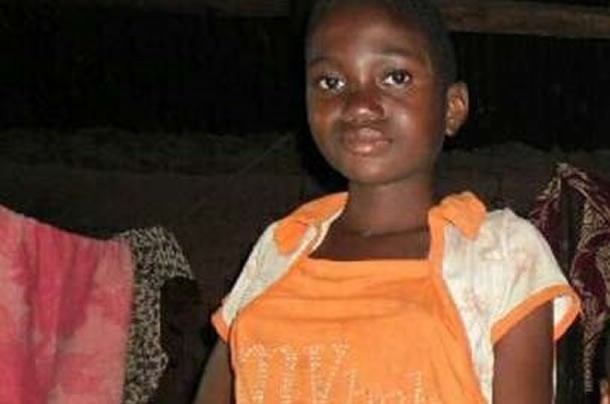 MAKURDI— Relations of another missing 14-year-old girl, Patience Paul, have alleged that the primary six pupil of Mohammed Zako Model Primary School, Sokoto, may have been abducted and housed at the palace of the Sultan of Sokoto.

Father of the girl, Mr. Paul Adaji, an indigene of Ochobo in Ohimini Local Government Area of Benue State, told Vanguard on phone that his daughter had been missing since August 12, 2015. Adaji, who resides in Sokoto with his family, alleged that some persons spotted his daughter at the Sultan’s palace.

He said: “We got information that she was in the Sultan’s palace and the last time we went there, we did not find her.”

When asked how they knew she was at the palace, he said: “Some people told us that they saw her at the palace. They also used to camp some of them there, that was why we went to the palace to see if she has been taken there.

“Even her friend, who used to be a Christian, was found there. She was taken there and they converted her.

“We will still continue to search for her. We will not give up; we only want the world to help us so that our daughter can be released to us.”

Brother’s story Corroborating Mr. Adaji’s story, his son, Paul Isaac Adaji, gave an account of circumstances that led to the disappearance of his sister. He said: “Patience is my younger sister. We are based in Sokoto.

That is where the issue occurred. My dad is in Sokoto but we lost our mother two years ago. My younger sister was brain-washed from school, Mohammed Zako Model Primary school, Sokoto. She is a primary six pupil.

“The fact is that sometime last year, we noticed she started keeping some funny friends and her attitude started changing. This is a girl that normally likes attending church activities. “We cautioned her but along the line, she changed. Then again, she started misbehaving.

So at that point, my parent and I decided to move her out of Sokoto and return her to Benue State so the rumours of children converting does not happen to us as we do not have anybody to fight for us.

“Unfortunately, what we were scared of later happened to us. Sometimes we will see her returning from school with a veil covering her head. When we inquired, she said it was given to her by her friend in school.

“We cautioned her on several occasions. But we later arranged with my dad to get her back to Benue. Unfortunately, she got to know about our plan to send her back to Benue and obviously informed the people who were brainwashing her and they eventually abducted her.

“When we could not see her, we started serious investigation and along the line, discovered that it was one of our neighbours who actually abducted her. Hisbah takes over

“We reported the matter to the police. The masterminds of her abduction were invited by the Police. They made their confessions that the girl wanted to join their religion, which was why they abducted her. They said they took her to the Hisbah (Islamic Police).

“At that point, the Police invited the Hisbah and they came and gave their own statement. They said they had taken the girl to the Sultan’s palace. I was hoping that since the police had stepped in, my sister would come home.

“Two weeks later, I went to the police headquarters here in Sokoto only for the police to tell us that we should just go and maintain peace. I became inquisitive and wanted to know what the police found that prompted that advice. Bishop Kukah steps in

“He made some calls and promised to step into the matter. I became restless and worried because the Bishop is a very busy person. We are urging and pleading with all well-meaning Nigerians to help us intervene.

“From what we gathered, from last year up to early this year, she was in the Sultan’s palace, but she has been taken away from there since last month.

“‘We went there with my other sister to check and they brought a different person to us. From our investigations, she is not the only one because the two girls they brought did not look like real Muslims.”

Meanwhile, calls to Bishop Kukah to find out the veracity of claims that the matter was reported to him at a point were not responded to. Source confirm palace connection However, a source in Sokoto told Vanguard that the girl was actually abducted and kept at the Sultan’s palace.

The source also noted that the teenager was not the only person abducted and hidden at the palace, adding that three other girls were in the palace. The source said: “What is happening is not new; it is a common occurrence in Sokoto and Katsina. Christian teenage girls are often abducted and hidden in such places. “Patience is not the only victim.

Three other girls were found to have been abducted and kept at the palace. There is an Ibo girl among the three.”

Reacting to the development yesterday, Sokoto State Commissioner of Police, Salisu Fagge, said: “It is not true. I have not received such report from anybody. We relate very well with the palace and Bishop Kukah and such report has never come to me. “If we had got it, we would have taken prompt action. Please ask the man to see me in the office without delay if what he is saying is true.”

Ese Oruru: Our Own Side Of The Story – Tofa (Kano) Village Head

We Don’t Foresee Any Debt Stress From FG’s $15.9bn Eurobond—AFC