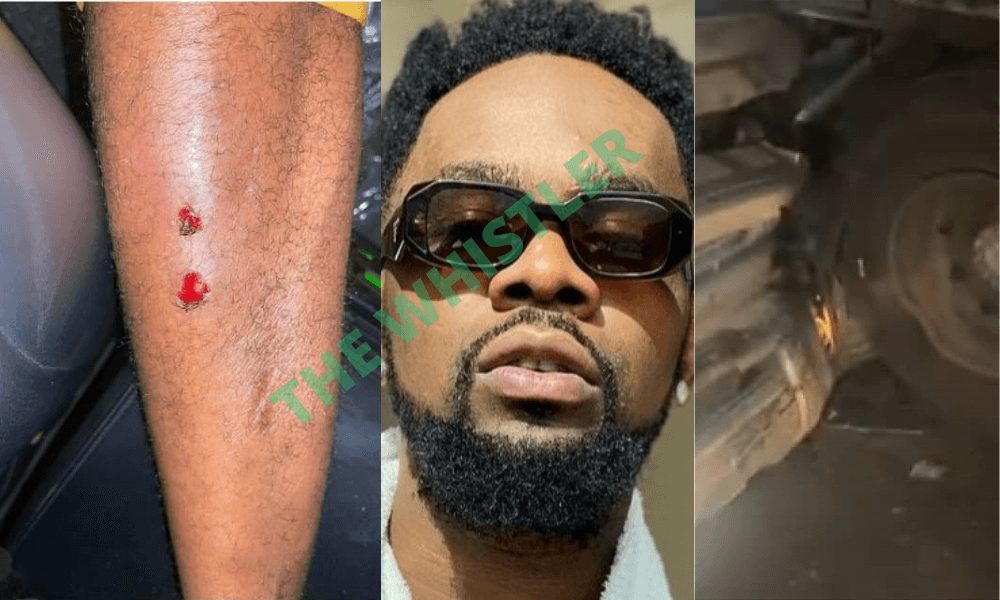 This was revealed by the singer who took to his Instagram page @patorankingfire
on Sunday to praise God for sparing his life after his car lost control as a result of break failure.

He wrote, “The devil tried and failed some days ago after our driver lost control of the brakes.

Patoranking Surprises Lawyer With An All-Expense-Paid Trip To Dubai

“Life can be taken in a heartbeat…two seconds and this happened and to think I was in the front seat and my Guys behind Thanksgiving Sunday. Zero injuries, Zero Pain.”

The Ebonyi State-born started his music career doing underground collaborations, with artists such as XProject, Konga, Slam, and Reggie Rockstone.

He later signed a record deal with K-Solo’s Igberaga Records in 2010, releasing “Up in D Club” under the outfit.

Patoranking became a protégé of Dem Mama Records after collaborating with Timaya on his song “Alubarika”.

Patoranking Surprises Lawyer With An All-Expense-Paid Trip To Dubai

Patoranking, Others To Perform At 2019 Gidifest

Eagles To Face Tunisia As Emefiele Promises $50,000 For Each Goal