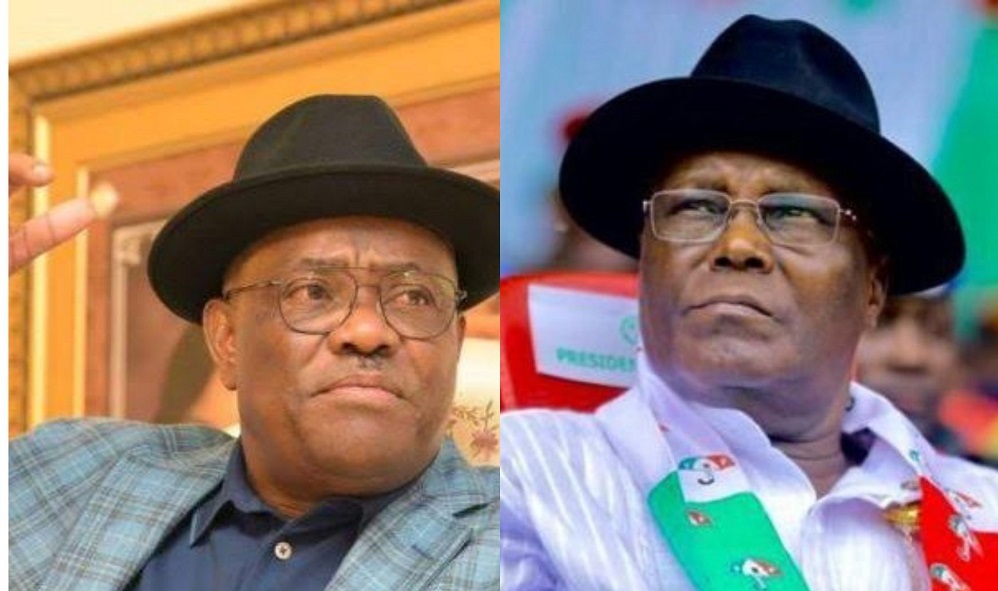 The Federal High Court sitting in Abuja on Wednesday adjourned a suit challenging the legality of Atiku Abubakar’s victory at the People’s Democratic Party presidential primary to August 31.

But the plaintiff, a chieftain of the PDP, Prince Michael Newgent Ejamon, who admitted to THE WHISTLER that Wike did not ask him to file the suit, has slammed the Rivers governor for dissociating himself from the suit.

The suit (FHC/ABJ/CS/782/2022) which was slated for mention, was on Wednesday’s cause list before Justice A.R. Mohammed with Prince Michael Newgent Ejamon and Nyesom Wike as the first and second plantiffs in the case.

The application prayed the court to determine whether it was lawful for Tambuwal to transfer his votes to Atiku during the PDP primary in Abuja.

Recall that on Friday in Portharcourt, Governor Wike denied having any knowledge about a suit in the Abuja court division which is challenging the emergence of Atiku as PDP flagbearer.

Meanwhile, Wike has not hidden his displeasure for the outcome of the PDP primary in which he came second to Atiku.

But the matter could not hold on Wednesday because the registrar to the vacation judge, Justice A.R. Mohammed , told parties that the court would not preside over it because the judge is tied up with other official meeting.

After the judge rose for a brief recess, our correspondent approached the plaintiff to confirm if Wike was indeed his co-applicant in the matter.

He admitted to have taken the legal action without Wike’s knowledge, adding that the South-south were looking up to him to seek legal redress regarding the outcome of the PDP primary.

The conversation is below:

“I am Prince Michael Newgent, the first applicant.

“This matter is on behalf of the people of Niger Delta, South South in particular, I’m also a chieftain of the PDP, a founding member.

“Having observed the process of the PDP national convention/primaries and having discovered that it was flawed and there were discrepancies and violation of the Electoral Act 2022 and the party constitution, I choose to head to the court for it to determine whether it is right for a candidate to campaign on the ground, while voting is on.

“You(Tambuwal) speak twice and order for your vote to be transferred to another aspirant(Atiku), that is the essence we are here.

“And if the Governor (Wike) chooses to withdraw from the matter , we will not withdraw, we have the right.”

But was this matter initially filed by you and Governor Nyesom Wike?

But who added the name of Governor Wike on the application?

“I personally added the name of Governor Wike because he is the aspirant.”

Can we say that Wike was correct to say he was not aware of this suit?

“He is correct to say so, we did that to draw his attention because he was busy doing other things instead of approaching the court.

“Fighting your (PDP) party people will not help matters, it is to approach the court for it to determine whether the process (at the PDP National Convention) was wrong or not.”

Can you confirm that the matter was not filed by you and Nyesom Wike.

“No, I filed it alone and added him as second applicant.”

Rivers APC To Tinubu: Hobnobbing With Wike Is Anti-Party