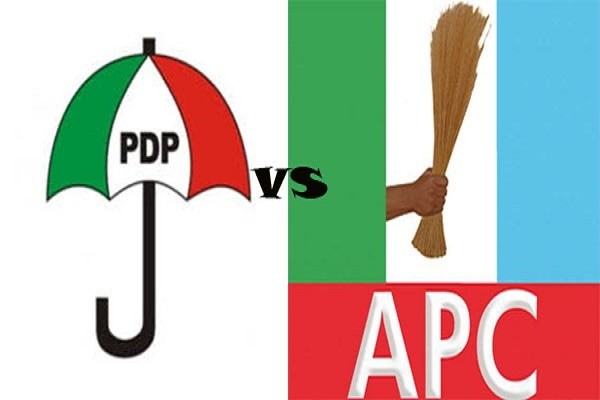 The Rivers State chapter of the Peoples Democratic Party, PDP has noted with disdain the continued mention and use of the name of the Nigerian judiciary as a media hype by the Rivers State chapter of the All Progressives Congress, APC, either to pre-empt expected rulings or raise false alarm over imagined moves to bribe the eminent jurists, all aimed at frightening and intimidating them which to say the least, is bad politics.

Though the APC’s dilemma and hopelessness is understandable the PDP has noted, but it is rather strange that the APC cannot issue any press statement or make political utterance without involving the judiciary, accusing it of being bribed, lured or gratified by its perceived opponents.

More worrisome, the party lamented is the false alarm, malicious fabrication of lies, negative characterization and deliberate misinformation to the unsuspecting members of the public to create disaffection between the judiciary, its officials and the larger society, all for the singular reason to score cheap political points.

Though habit hardly dies, as it’s in the character of the Rivers APC and its surrogates, so called publicity secretary and advisers when they are mere megaphones with little knowledge of what constitute contempt of court, or at best, care less because of the illusion of having their men at the top, the PDP would want to warn that as a party with respect and integrity, led by a lawyer of repute who is also the executive Governor of the State, it’s not only criminally libelous but also seditious for the APC to continue to drag the name of the highly respected Nigerian judiciary with some of the most reputable jurists around the world to the mud.

The PDP also frowns at the name calling to eminent Rivers people and their women for expressing their minds on any issues concerning their interests by same APC that wants their mandate unmeritorious.

And to show how bereft and unpatriotic the Rivers APC and its leadership are, they have never failed to anchore their statements, reactions and even misinformation on embers of disunity.

And also not knowing their bounds, they have of recent resorted to accusing and scandalizing the revered men of God in the State for rising up with prayers to intervene in the APC plot to cause crisis in the State.

The PDP condemns this wanton and unbridled attitude to attack those whose views do not agree with theirs including the clergy.

Nothing could be move sacrilegious than this madness born out of desperation and has dire consequences.

The APC should for once be civil and stop singing war songs all the time even when there is nobody to quarrel with.

Even though, their antics is no longer new to the people, it’s only reasonable to appeal to Rivers people to continue to be patient no matter the extent of provocation.

At the end of it all, the light will subsume the darkness just as good has always triumphed over evil. APC is evil.

Special Adviser on Media and Publicity