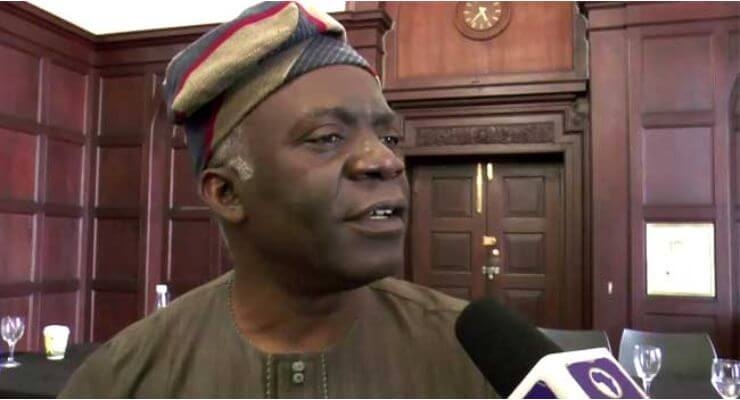 Human rights lawyer, Femi Falana (SAN), has claimed that the person behind the quit notice issued to Igbos living in the North, resides in Lagos.

He made the statement while speaking at a media briefing organized by the Nigeria Labour Congress (NLC), on the agitations by the Indigenous People of Biafra (IPOB).

Falana said, “The recently concluded election in the UK, two weeks ago, seven Nigerians emerged as Legislators, can we repeat that, can we look at the challenges before us and stop following those ones trying to divide us?

“This information is very crucial to all of us and I want to say this publicly. The man who is giving quit notice (to the Igbos to leave north) does not live in the North, he lives in Lagos, he is a Lagos man. So to stay in Lagos and be giving quit notices is not the answer.

He said that declarations by a former Vice Chancellor of Ahmadu Bello University (ABU), Prof. Ango Abdullahi, over the brutal killings of four students of the institution led to the protests by the Nigerian students and the arrest of eight students of University of Nigeria Nsukka (UNN) by the Gen. Ibrahim Babangida’s military regime.

He further revealed that an Igbo man, late Chima Ubani, led the protest and a Yoruba man in the West fought for their freedom.

He therefore, advised that “we must look at those things that the elites are using to divide our people. Injustice is injustice” as there “is no nation without challenges,”

“That angered Nigerians particularly the Nigerian students and there were protests. One of the universities where that protest was very successful was the University of Nigeria, Nsukka. Please listen to me, the man who led the protest was late Chima Ubani, what happened? The state did not like the case that it was a national protest against the killing in ABU.

“I left Lagos to go to Enugu to defend those men. We got them freed when they returned to campus, the Vice Chancellor expelled them. Again, I went to court and got them freed. Please this story is very important.

“A Hausa Vice Chancellor invited the police and they killed young Hausa students, four of them. Nigerian students protested and an Igbo young man led that protest in the East against injustice, a Yoruba man in the West to free them. So we must look at those things that the elites are using to divide our people. Injustice is injustice, so there is no nation without challenges,” Falana stated.